Microsoft has released a new stable version of Windows Terminal, which is 1.3.2651.0. Also, Microsoft has issued a new Preview release of the app with the version number 1.4.2652.0. Here are the changes. 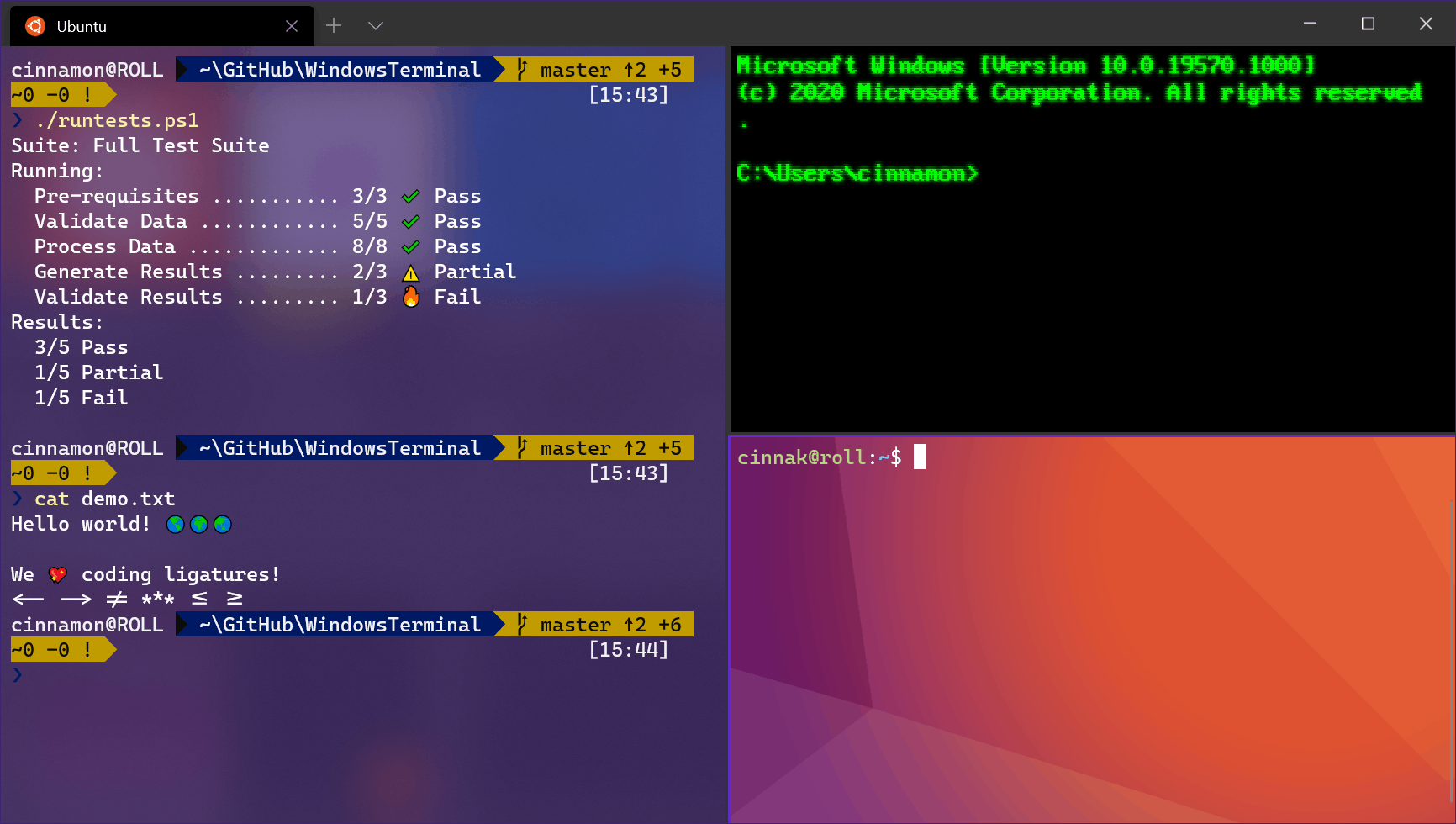 The command palette is finally here! This new feature allows you to search through all of the commands available to you in Windows Terminal, similar to the one found in Visual Studio Code. You can invoke the command palette by typing Ctrl+Shift+P. If you’d like to change this key binding, you can add the commandPalette command to the keybindings array in your settings.json.

The command palette has two modes: action mode and command line mode. Action mode is the mode you will enter by default and will list all of your Windows Terminal commands. Command line mode can be entered by typing > and you can then enter any wt command, which will be invoked on the current window. 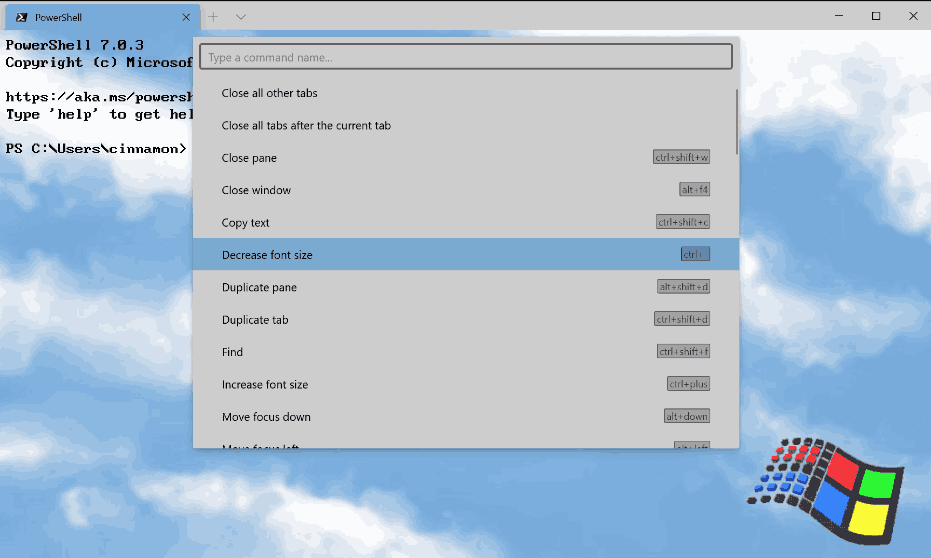 your settings.json file. Your key bindings should automatically populate the command palette. Full documentation on how to add your own commands can be found on our docs site.

We have added an advanced tab switcher to help you navigate more easily between your tabs. This is enabled by default with the useTabSwitcher global setting. When enabled, the nextTab and prevTab commands will use the tab switcher. By default, these keyboard shortcuts are Ctrl+Tab and Ctrl+Shift+Tab, respectively. 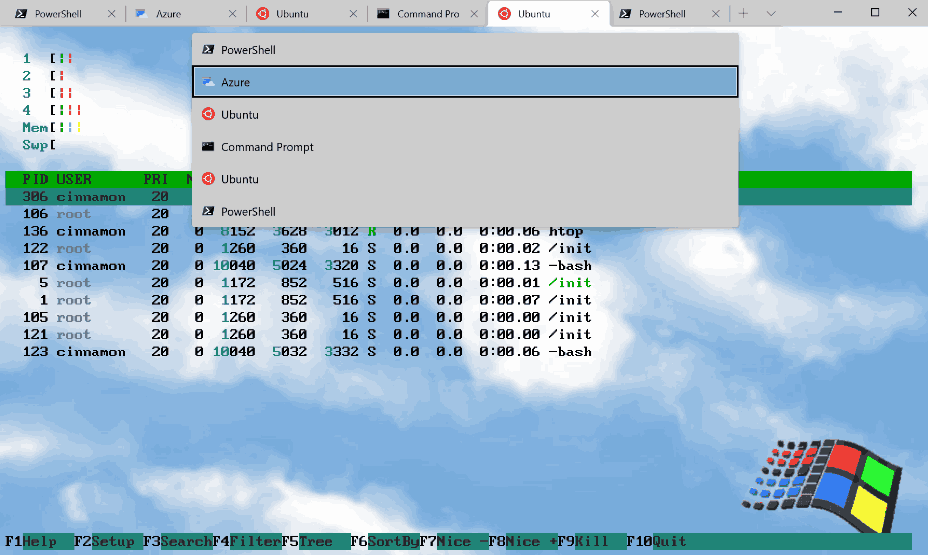 You can now specify a tab color for each profile! This can be done by adding the tabColor setting to a profile and setting it to a color in hex format. 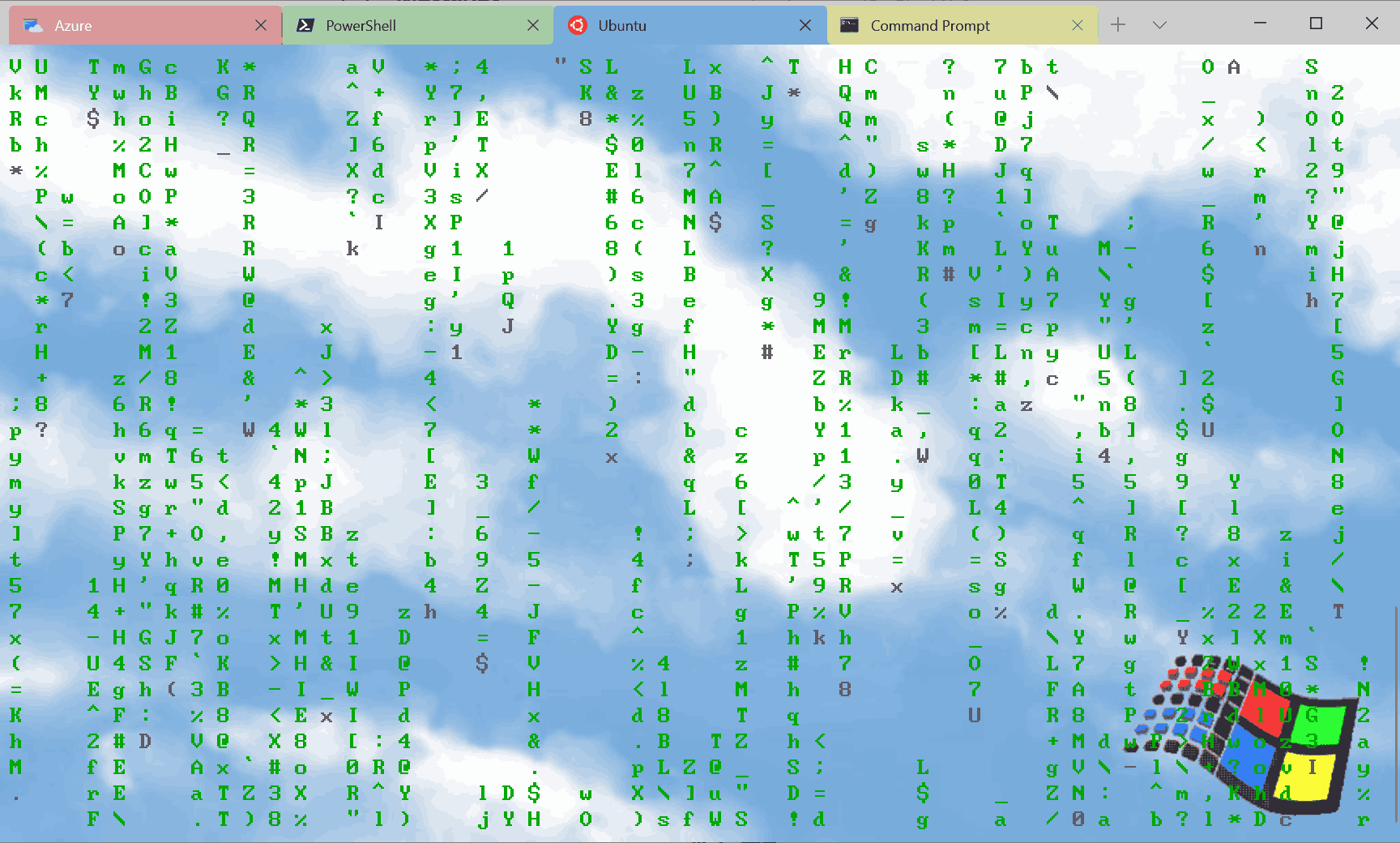 TIP: Set your tab color to the same color as your background for a seamless experience!

We have added some new commands that you can add to your key bindings in your settings.json file. None of the following commands are bound by default.

wt commands as a key binding

Send input to the shell

If you want to send input to the shell by using a keyboard shortcut, you can do so with the sendInput command.

If you are someone who has a lot of tabs open (like myself), this new command is a life saver. You can now search through your tabs in a new search box using the tabSearch command.

You can set the color scheme of the active window by using the setColorScheme command.

You can now launch Windows Terminal Preview with a specific profile from the start menu or task bar. 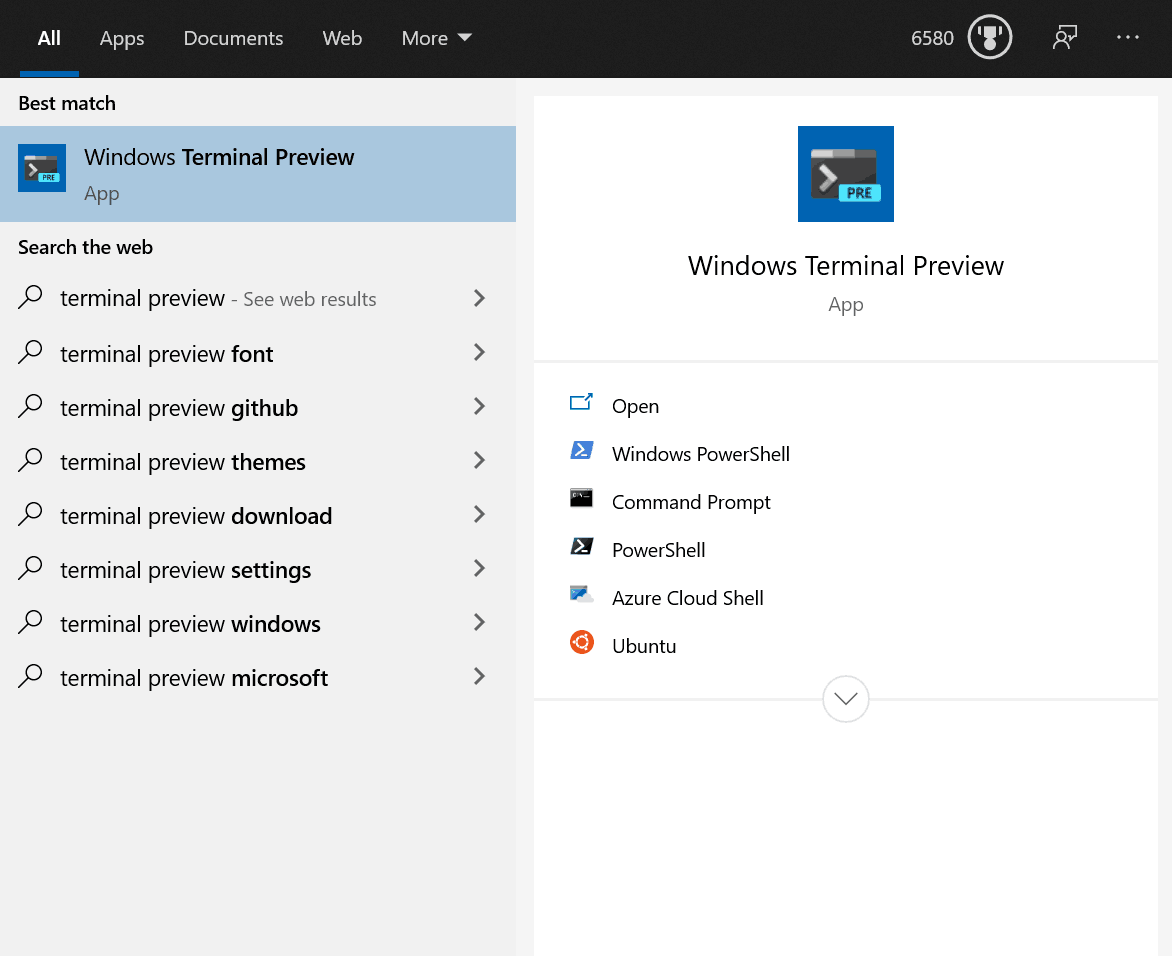 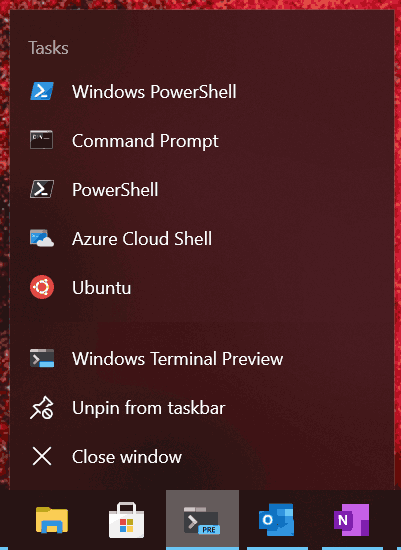 Note: Icons in settings.json must be written as Windows-style file paths in order for them to appear in the jump list.

Windows Terminal comes with hyperlink support for embedded hyperlinks. These links will appear with an underline and can be opened by holding Ctrl and clicking on the link. Support for automatically detecting plain text links is coming very soon. 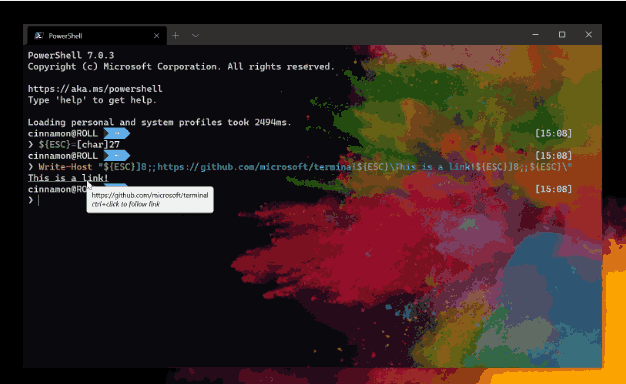 Support for rendering the blink graphic rendition attribute SGR 5 has been added to Windows Terminal. This lets you have fun blinking displays inside the text buffer.

Vim will no longer start in replace mode.

The Terminal will no longer crash when selecting an out-of-bounds range through Narrator or NVDA.