Winget, a console package manager for Windows 10, hits a major milestone in developments. Two most anticipated features, the uninstall option, and the ability to export and import the app list and finally coming to winget.

Winget is a package manager that allows bulk installing apps and dev tools required for building a developer environment in a new or existing Windows installation, in a minimal amount of time. The idea behind this winget tool is to save developer's time. Instead of clicking buttons in setup wizards for each of the app and package required for building a project, the developer can create a script that does all the job. 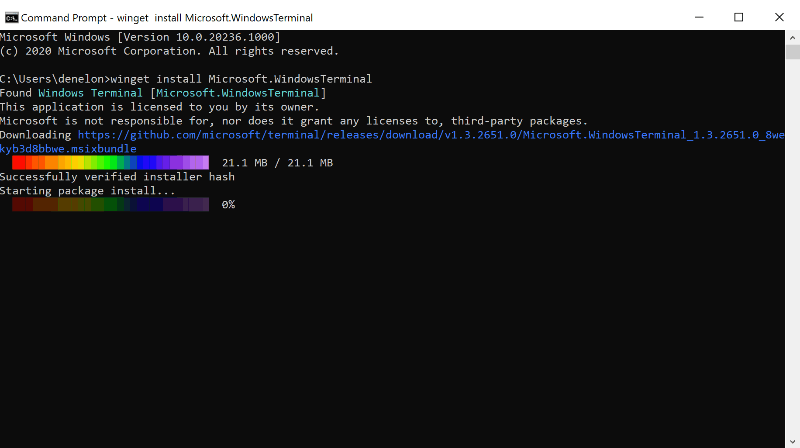 The next preview version of the app will bring some exciting features to play with.

The next preview version of winget will include a new "uninstall" option that will allow you to easily get rid of an app. According to Demitrius Nelon, who is working on the project, it will be released after after localization of some new strings and extra testing. The following screenshot shows how it works. 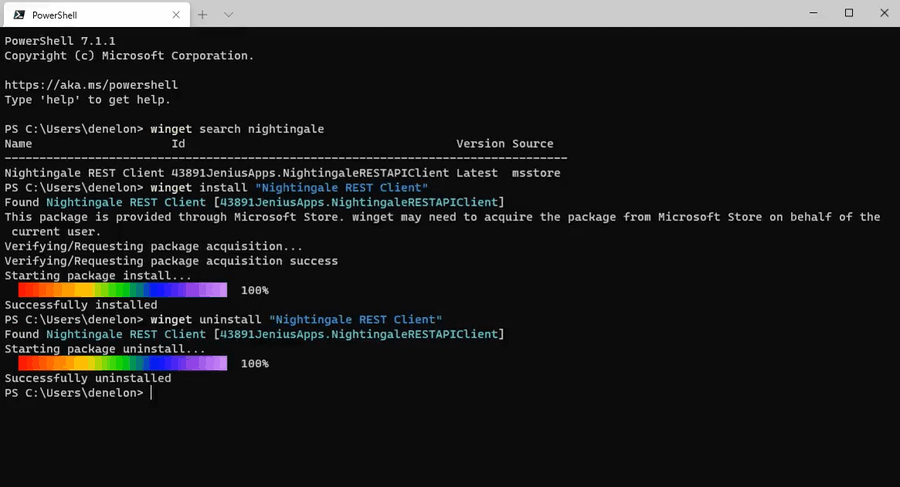 The uninstall option was announced earlier in the project roadmap.

Another new feature is

This new feature will allow the user to export a list of all currently installed apps from winget. The exported list can be later imported and its apps will be batch installed. This will automate the setup of a new computer and do it literally with a single command.

Devs are interested in collecting your feedback regarding the current implementation of the feature. If you are using winget, please join the discussion here.

Get the winget Windows package manager

If you are a Windows Insider or part of the Package Manager Insider program, you should already have the latest version. Launch the store and check for updates if you’re an insider and you don’t have it. If you prefer to just download the client, head on over to GitHub releases page and take it for a spin. You can also join the Windows Package Manager Insider Program if you’d like automatic updates from the store, and you want to run it on your version of Windows 10.