A new leak reveals a preview version of an updated Microsoft Defender for Windows 11, developed under the "GibraltarApp" codename. Being the integral part of the operating system since Windows 7, the app finally receives a major overhaul to match the newest design of Windows 11.

Aggiornamenti Lumia published a screenshot of what appears to be a preview version of Defender. Unfortunately, the leak does not reveal much about the new app. 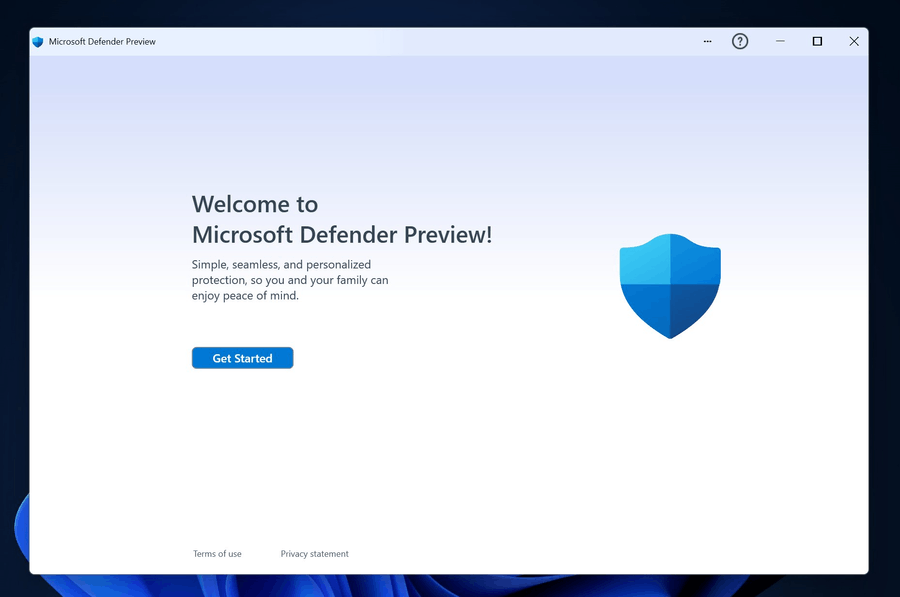 The screenshot contains just a splash screen with the following description:

Welcome to Microsoft Defender Preview! Simple, seamless, and personalized protection, so you and your family can enjoy peace of mind.

It is natural to expect Microsoft to provide an overhaul for the default antivirus in Windows 11. The company has already shipped a bunch of feature-packed updates for default Windows 11 apps. Alarms and Clock, Photos, Snipping Tool, Paint, and others offer new design and capabilities, while the Windows Security app remains unchanged compared to Windows 10.

The new Microsoft Defender Preview for Windows 11 might (this is pure speculation) offer users new features and an improved Windows 11-like design to complement the rest of the stock apps. Considering how much emphasis Microsoft puts on security in Windows 11 (hence somewhat strict hardware and security requirements), you might rightly expect a better default antivirus for Windows 11.

It is not like Windows Security is bad (quite the opposite, it is one of the best security solutions for your PC), but a more modern app would be a welcomed addition to Windows 11 feature set.

There is no information about when Microsoft will reveal the Microsoft Defender Preview for Windows, and what features it will include. You can safely assume Microsoft will test the app first in Windows 11 preview builds before shipping it to the public.