Microsoft has released a new preliminary build of Windows 11 25163 to Windows Insiders on the Dev channel. It includes an updated taskbar, Nearby Sharing improvements and the ability to upload files to OneDrive. The two latter features are also available in the Beta channel since yesterday.

Microsoft has reworked the taskbar to show icons that don't fit the visible area. Microsoft notes that the taskbar has been designed to offer users the most convenient way to switch and launch applications when space is constrained. The taskbar will automatically switch to overflow mode when new icons no longer fit in the screen area space. In this mode, a new button will appear on the taskbar to open a flyout that includes all applications that do not fit on the default taskbar.

Improved device discovery with Nearby Sharing by using UDP protocol (network must be private for the feature to work) along with Bluetooth. Now when you try to share a local file from your desktop, File Explorer, Photos, Snipping Tool, Xbox, and other apps, you'll find more available devices in the Share system window, including desktop PCs. 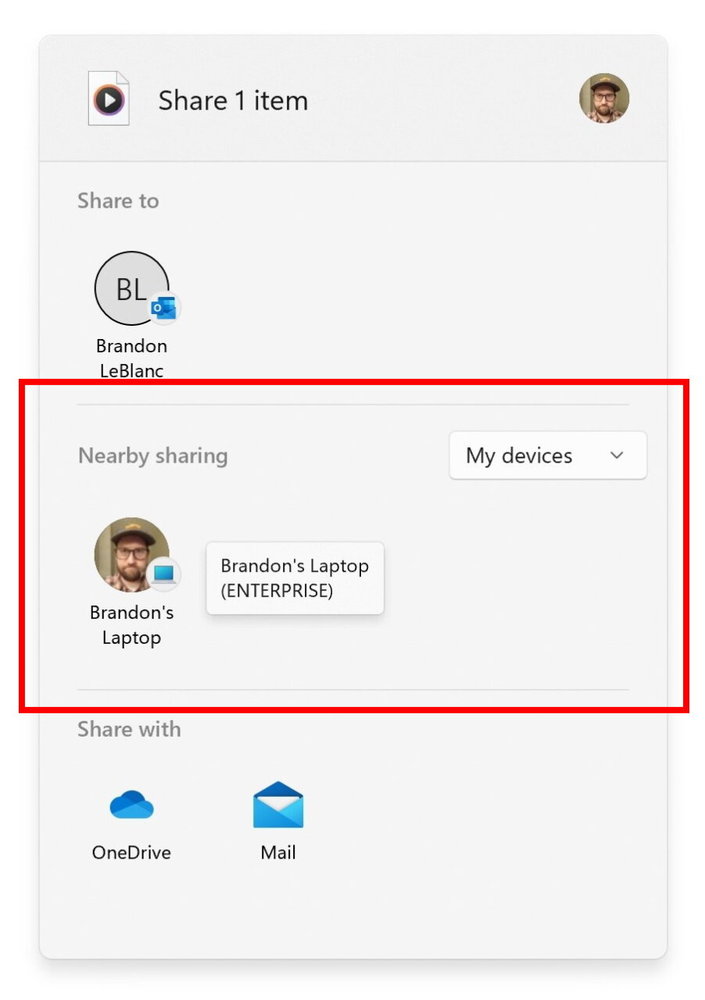 Now, when you try to share a local file from your desktop, File Explorer, Photos, Snipping Tool, Xbox, and other apps that use the system share dialog, you can select OneDrive to directly upload the file to your cloud storage. In the Share window, you can also customize the sharing options for the uploaded file without opening the OneDrive app. This currently doesn't work on with AAD accounts. 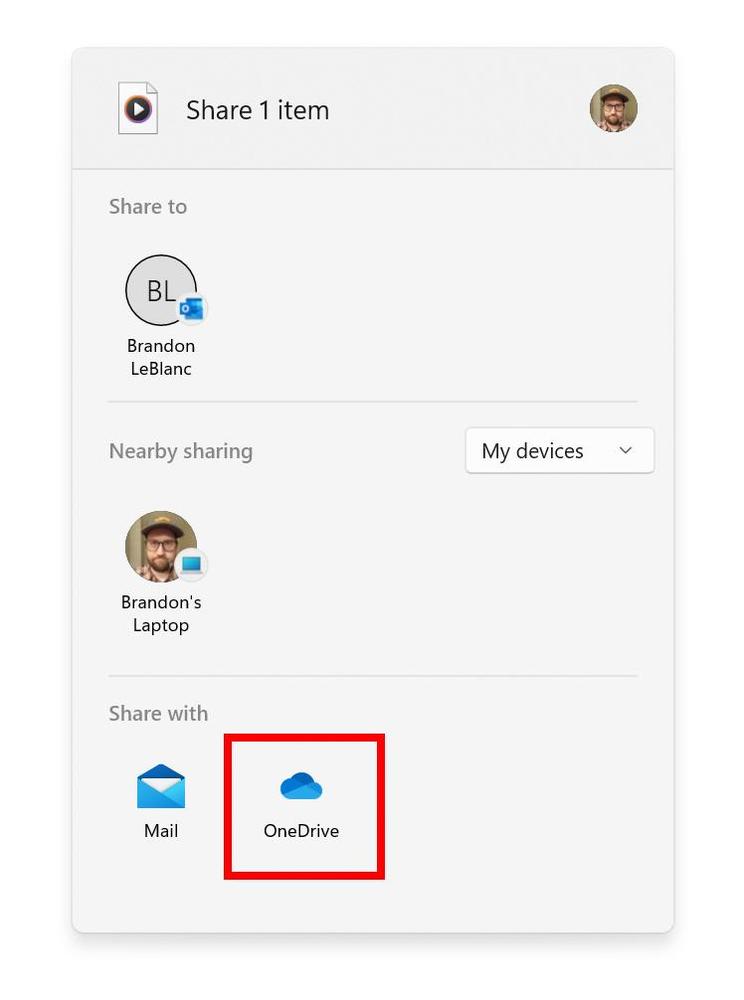 Fixes in this build

There are a couple of know issues in this build that you can find in the official announcement.