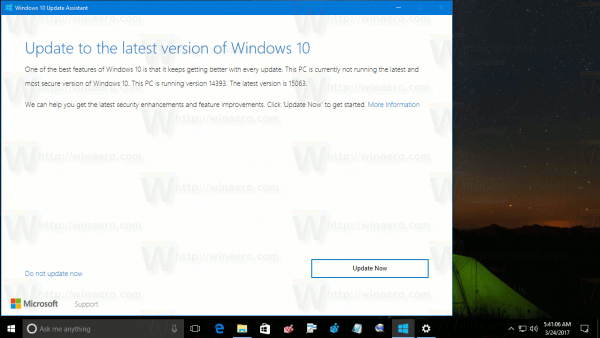 The official announcement about Windows 10 Creators Update should happen in April 2017, that is, next month. Today, a leaked "Windows 10 Update Assistant" app showed up that also confirmed that Build 15063 is indeed the RTM build. 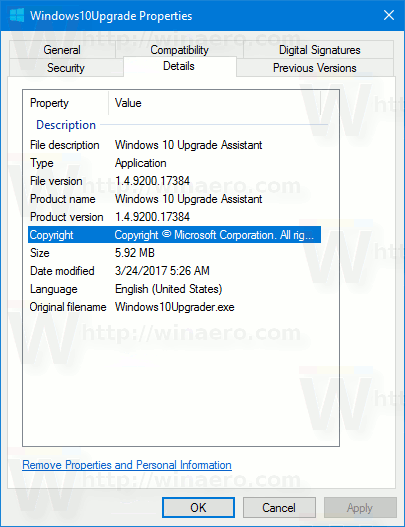 It was leaked by well-known Microsoft enthusiast WalkingCat. Windows 10 Update Assistant is a special tool which simplifies the upgrade procedure for users of previous operating system versions. It can also be used to go from an older Windows 10 version to the most recent release.

The upgrade procedure doesn't work, because the build hasn't been pushed to production servers yet.

Once you run the app on a PC running a previous release of Windows 10, it will show the following message:

One of the best features of Windows 10 is that it keeps getting better with every update. This PC is currently not running the latest and most secure version of Windows 10. This PC is running version 14393. The latest version is 15063.

In the screenshot above, I have launched the app in Windows 10 build 14393 "Anniversary Update".

Now we can expect Windows 10 build 15063 on the Release Preview Ring and then in the production branch. As of this writing, it comes with a number of minor issues which Microsoft can fix with a special quality update, as was the case for previous releases.