Microsoft has released Windows 10 Build 20185 to Insiders in the Dev Channel (formerly Fast Ring). The release is notable for new DNS options in Settings, updated administrative templates, and also includes plenty of fixes.

We’re making a few changes to the Network section in Settings:

You can add any IP address listed here to unlock the DoH dropdown and choose to use encryption. Once encryption is enabled, you can confirm it’s working by looking at the applied DNS servers in the network properties and see them labeled as “(Encrypted)” servers. If you want to try a custom DoH server we don’t recognize yet, you can configure an IP address to be recognized as a DoH server by using the netsh command documented here at the end of the blog post. 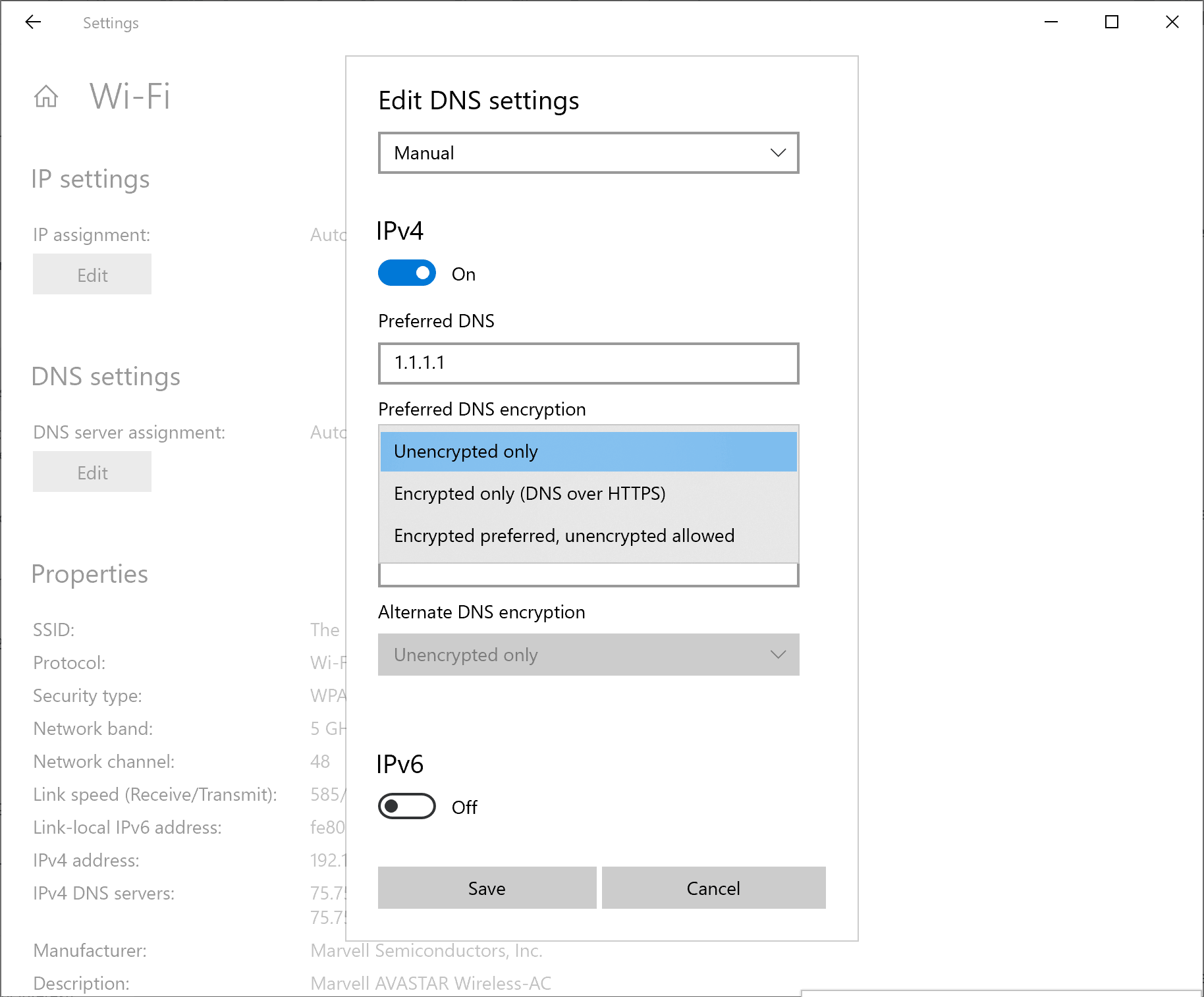 Starting with Windows 10 Insider Preview Build 20175, we have enabled 647 new MDM policies across 56 ADMX files to enable commercial customers to configure policies that are also supported through Group Policies. Contains ADMX based Policies such as App Compat, Event Forwarding, Servicing and Task Scheduler. These new policies can be configured using Intune custom profile. Intune UX is planned to be available later this year.