We’ve updated the Graphics settings page (Settings > System > Display > Graphics settings), allowing for better control over designating which GPU your apps run on. With this update, the app list and GPU preference are pre-populated on a best effort basis to improve the default preference management experience. If your desired app isn’t pre-populated, you can still add it by using the app selection drop-down. 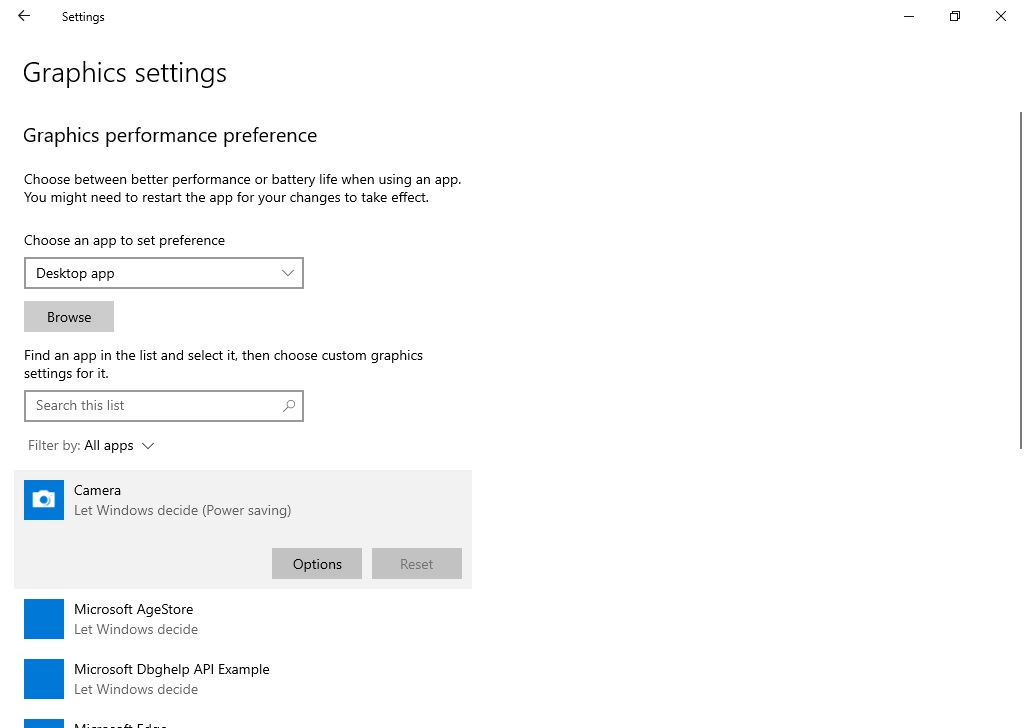 You’ll notice alongside this, we’ve also added a search box and a filter for the list of apps. 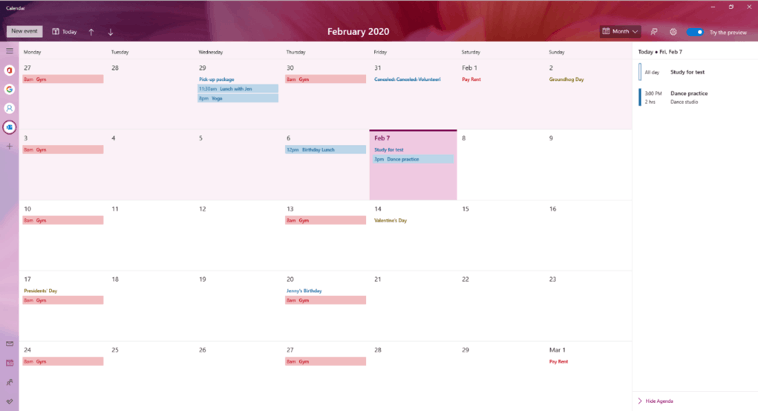 We’ve been working on an improved version of the Calendar app for Windows 10 and the preview is now available to Windows Insiders! Here is a sneak peek of what’s new in the preview: