If you follow Windows 10X coverage on Winaero, you may already know that this dual screen device version of the OS supports running Win32 apps via containers. Microsoft has shared more details on this, making it clear that some of the apps will be left out.

The Surface Duo device is yet another Microsoft's attempt to enter the smartphone market. Surface Duo is the dual-screen, foldable Android device.

For Win32 apps, Microsoft is going to use a container similar to the Windows Subsystem for Linux. However, every Win32 app will run in the same container. Most of the Win32 apps are supported by that container. 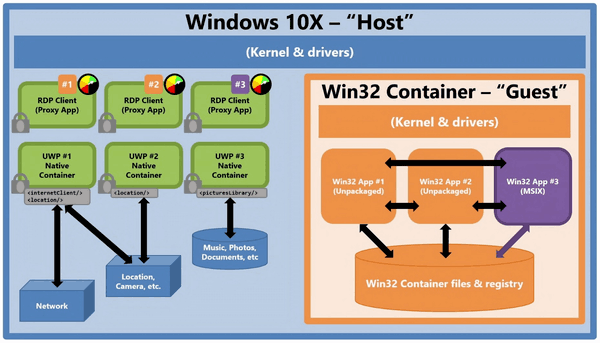 This introduces a limit for certain apps. Programs that manipulate OS system data (read tweakers), or which have disk formatting, partitioning or system repair options, simply won't work due to containerization. This also means that drivers cannot be installed manually for non standard devices.

Windows 10X allows accessing the hardware from the container, so mouse and keyboard, along with GPU and audio devices will remain available for Win32 apps. Certain peripheral devices like cameras and microphones will require extra permissions from the user. However, once you allow them for an app, all other Win32 apps will have access to that device, since it is a container-level permission, which is common for all apps. 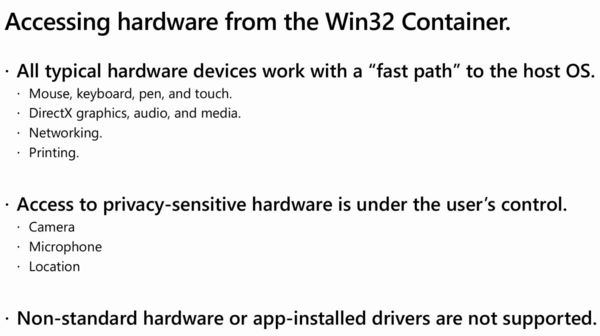