Windows 10 Build 15063 has been confirmed as the final version of Windows 10 Creators Update. It is available for phones on the Fast ring, PCs on Fast and Slow rings, and Xbox One consoles on Alpha, Beta, and Preview Ring. Earlier, the company released the full set of language packs (MUI) for Windows 10 build 15063. Today, Microsoft released this build for Release Preview Ring Insiders. 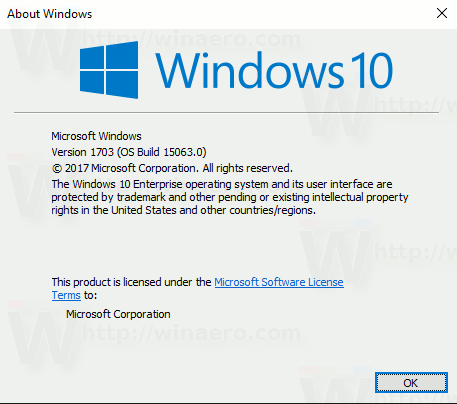 You can install Windows 10 build 15063 by opening Settings -> Update & security -> Windows Update -> Check for updates. Your PC has to be configured to receive updates from the Release Preview Ring.