New information about Windows 10 Anniversary Update has appeared on the Internet. In internal builds of Windows 10, which are not released to Insiders yet, a new feature was spotted in the Action Center. Now the user can create his own customized layout for Quick Action buttons using just drag-n-drop.

Currently, you can only customize 4 Quick Action buttons visible in the Action Center when collapsed or disable them. You can change which buttons should be displayed in this mode. Microsoft is working to make the Quick Action buttons feature more flexible and customizable.
So, once a new build is out, you will be able to drag-n-drop actions into any desired order you want.

Furthermore, internal builds now allow you to add and remove quick actions as you please, meaning users can now select only a specific amount of quick actions that they want to show in Action Center, instead of having all of them display even if you don’t use them. This too should help make the Action Center more useful and personal. 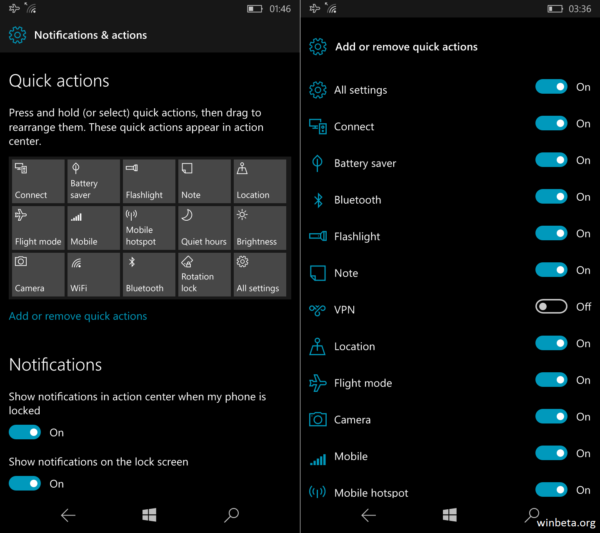