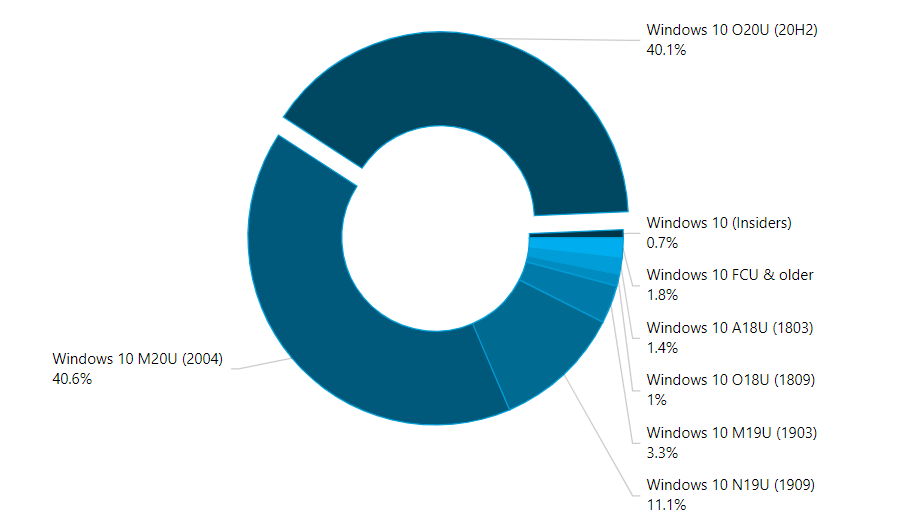 Now unsupported Windows 10 1909 took the biggest hit in April 2021. After Microsoft ceased supporting this version, it lost 7.3 points. Still, quite a big chunk of Windows 10 users keeps using Windows 10, version 1909. According to Adduplex, it has 11.1% of the market. You can expect this value to continue plummeting as Microsoft forces update those hesitating to update their system to Windows 10 20H2.

To prepare the April 2021 report, Adduplex used data gathered from around 70,000 computers and over 5,000 apps with Adduplex SDK. The 70,000 figure is extremely far from 1+ billion devices running Windows 10, so there is clearly room for mistakes. Still, reports from Adduplex are the only source that sheds some light on Windows 10 market fragmentation. You can learn more about the latest data on Adduplex's official website.