What is Tablet mode in Windows 10

With Tablet mode enabled, Windows 10 becomes more touch screen oriented. For instance, it changes the behavior of the Start menu and turns it into a fullscreen Start experience. Take a look at the pictures below.
The "Desktop" Start menu in Windows 10 looks like this: 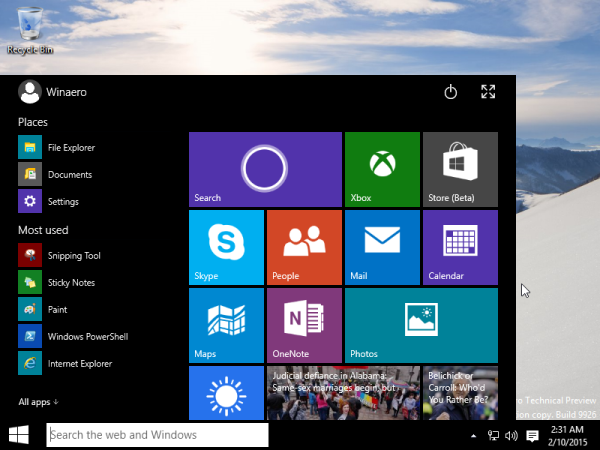 Compare it with the one when Tablet mode is enabled: 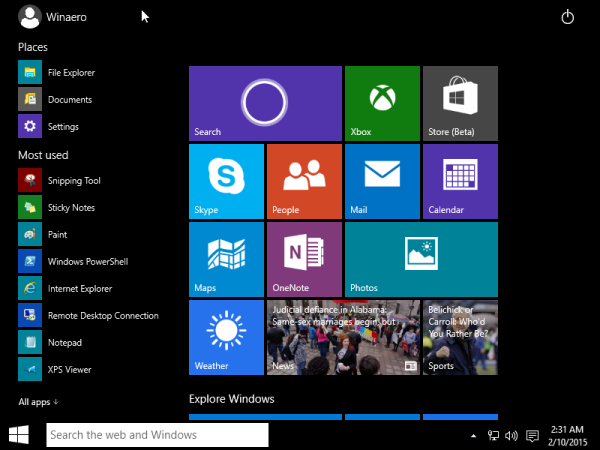 It also changes the behavior of the Notification Center. In Desktop mode, it pops up from the bottom, but in Tablet mode it appears from the right, like the Charms bar in Windows 8. 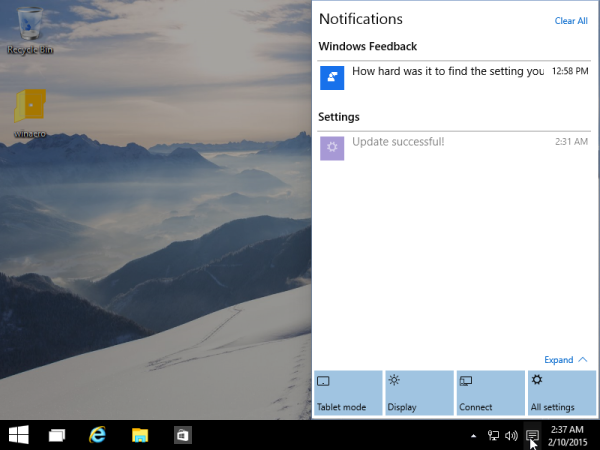 When you start some modern app in Tablet mode, e.g. the Settings app, it will be opened full screen: 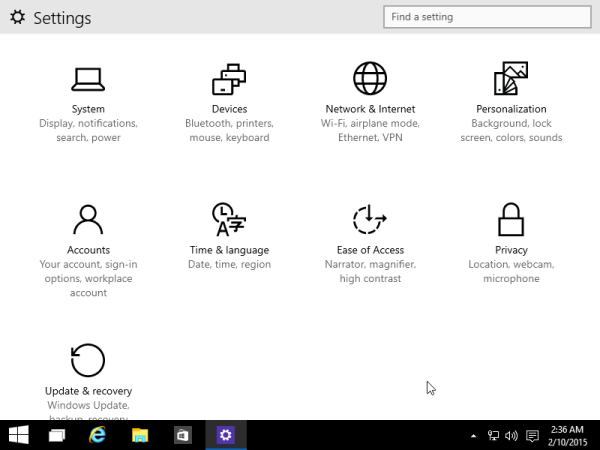 Unlike Desktop mode, in Tablet mode, Modern apps do not have minimize, maximize and close buttons visible on the screen. To show them, you need to move your mouse pointer to the top edge of the screen. It will make the titlebar visible: 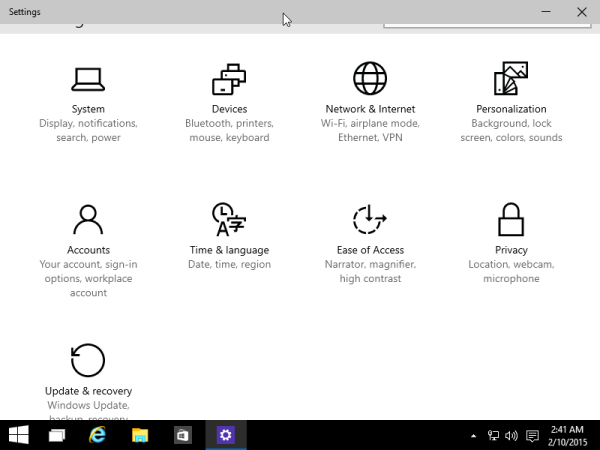 And so on. So, Tablet mode is designed to replace the Modern/Metro part of the Windows 8 UX.

How to enable or disable Tablet mode in Windows 10 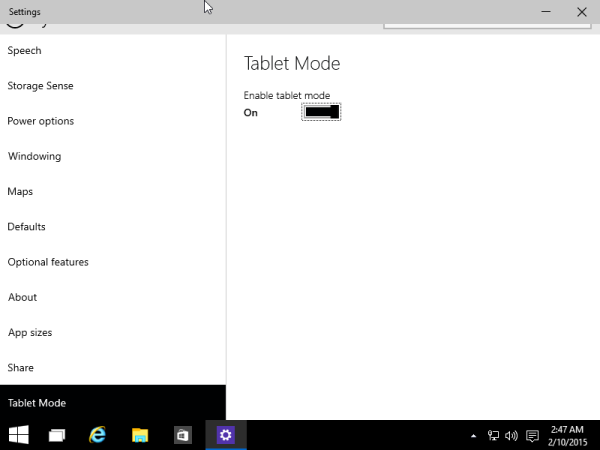 Tablet mode in Windows 10 looks like a good replacement for the Modern UI implemented in Windows 8. Finally, the end user can choose between a full screen UI vs a non-full screen UI. In Windows 8/8.1, the Start screen was always full screen and could not be disabled natively.

5 thoughts on “What is Tablet mode in Windows 10”