Windows has had Alt+Tab functionality to switch between running programs using the keyboard since Windows 3.0. This Alt+Tab Task Switcher remained mostly the same from Windows 95 to Windows XP but changed in Windows Vista to incorporate a glass background and thumbnails. While some users prefer the new Alt-Tab switcher, many others prefer a cleaner looking Alt-Tab without thumbnails and the glass background. Let's see how Alt+Tab can be tweaked. 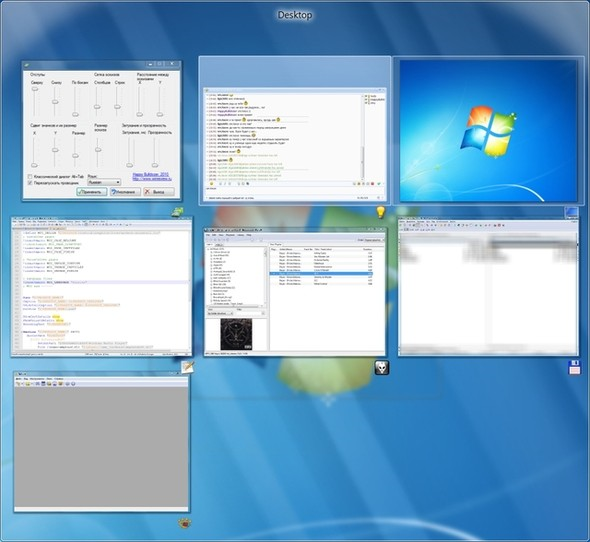 The easiest way for you to tweak the Alt+Tab switcher in Windows is to use Winaero Tweaker. It lets you fine-tune several parameters related to the modern Alt+Tab UI - you can adjust the side, top and bottom margins, the number of rows and columns, the size of the thumbnails and the spacing between them. 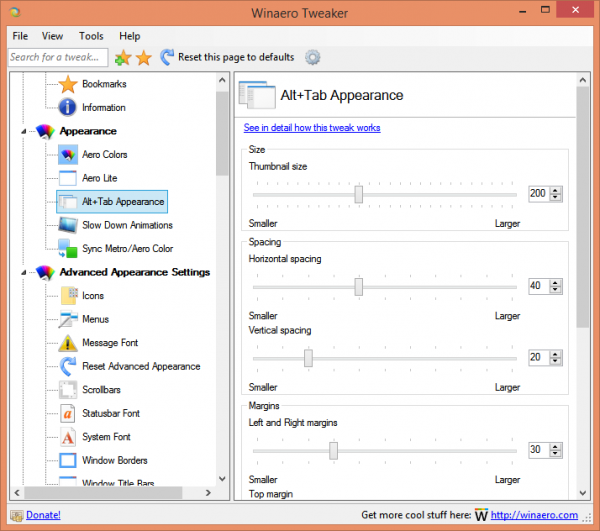 You can also turn off the modern Alt+Tab UI entirely and enable the classic Alt+Tab dialog, which isn't fancy but still usable.

In Windows 7, Microsoft changed Alt+Tab again so when you switch and pause for a few seconds on any app, it switches directly to show a live preview. Unfortunately, there is a critical bug in the Alt+Tab switcher which causes the UI to go behind the app whose preview it shows. This makes Alt+Tab's Live Preview feature unusable. This problem has been widely discussed in Microsoft's forums but not fixed.

Some users may want to completely disable the Live Preview feature of the modern Alt+Tab switcher. To do this,