It looks like the testing period for the new Microsoft Store app is over. The latest update to the app on Windows 11 removes the "Preview" tag from the title bar. That's not much surprising as Windows 11 is set to release on October 5, 2021. So it will happen in just a few days. 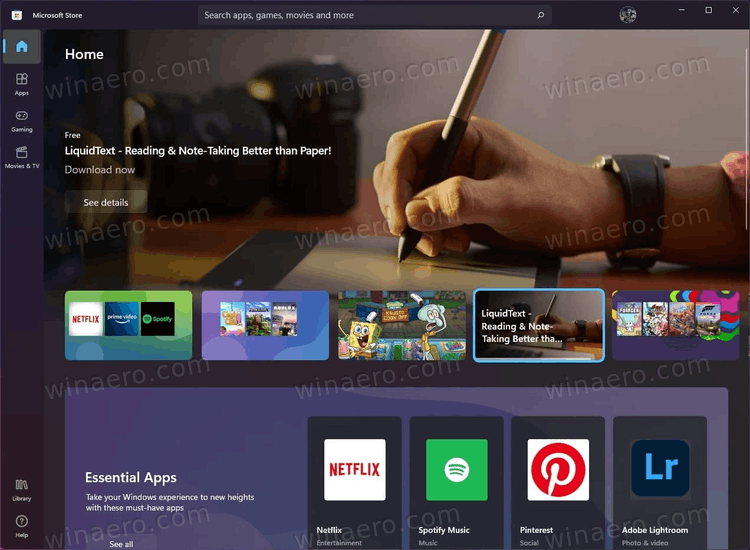 The Windows 11 Store is a new milestone for both developers and users. It is driven by a new policy, which allows unpackaged classic Win32 apps to be published to the store. It has clearly appealed to many developers. With that change the new Microsoft Store is gradually becoming a hub for all Windows desktop applications. Regardless of the underlying technology, be it UWP, Win32 or PWA, the app can be published. Just yesterday we wrote that the Opera browser can now be installed from the Store on Windows 11. Today, Apache OpenOffice has become available there as well.

Welcoming Apache OpenOffice to a new, open Microsoft Store on Windows! 👍
ms-windows-store://pdp/?productid=XP89J5462CMGJD
Thank you for the partnership, @ApacheOO, @TheASF 🤝 pic.twitter.com/ftoFg6pdjE

It also worth noting that in the case of classic Win32 applications, the Microsoft Store downloads a regular installer to the device, which previously had to be manually downloaded from the developer's website. This means that such applications can still use their own update systems and CDNs.

Microsoft is actively working on improving the Store app. In the near future, it will have Android app support.  Amazon Appstore will be one of the ways to install Android apps on Windows 11.  Users will be able to search for a software and view app descriptions using the Microsoft Store, but attempting to install will be redirected to the Amazon Appstore.

Windows 11 will run Android apps using the Windows Subsystem for Android, which was also previously discovered on the Microsoft Store. As with the Amazon Appstore, that is also placeholder app, which means that installing an app from a store doesn't install a real subsystem to run Android software.

However, the Amazon store is not the only store that will be integrated with Windows 11.