As of the Technical Preview of Windows 10, there is a special Task View button on the taskbar to show you a list of virtual desktops available on your system. 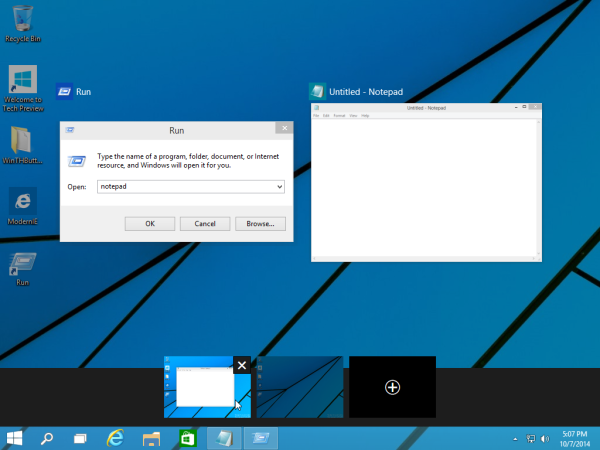 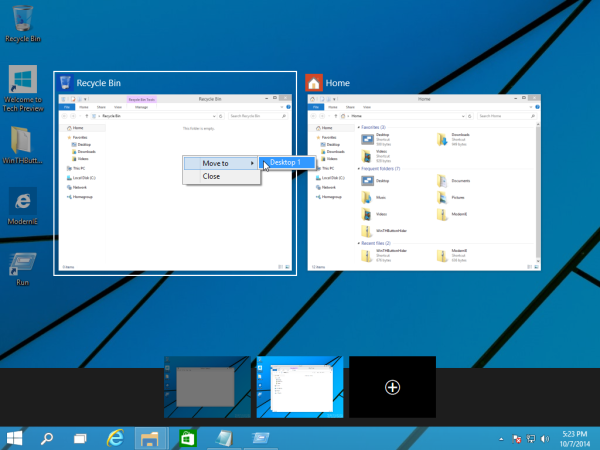