Microsoft has released an update to the launcher software running on the original Surface Duo phone. With that update, it received a number of visual improvements that make it look closer to the Duo 2 launcher.

The launcher on Android phones is an app that renders the home screen, widgets, and app icons. Most smartphone vendors release their own launchers, so it is hard to spot a vanilla Android launcher made by Google in the wild.

For its Surface phones, Microsoft also releases its own launcher app. Released today, the app version 6.211102.0.1017440 adds some cool visual designs from the most recent Surface Duo 2 device to the original Surface Duo 1. 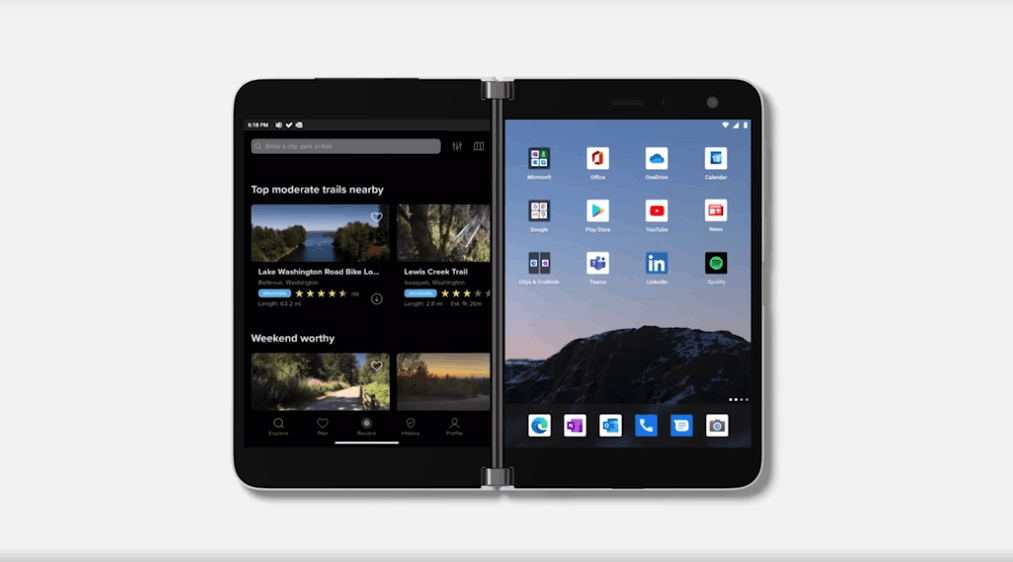 To name a few, you will find new app drawer with rounder corners,  a drag bar at the top, and more. Also, the Your Feed feature is more transparent now, featuring rounded controls made of the Windows 11 style.

Launcher's feed and overall design were updated.
The News feed experience was enhanced.
The toggle between work and personal apps was improved.
Additional filters are now available to improve searching.
Other known bugs were fixed, and improvements were made.

It is worth mentioning that Surface Duo 2 owners have also received the same update, but it doesn't include such drastic visual changes.

It is quite unexpected to see Microsoft updating the launcher on the original Surface Duo. Usually, the Redmond software giant issues its updates as part of the major firmware updates.

What is upsetting is the still missing Android 11 on the Duo, which was Microsoft promised to release by the end of this year. It is the right time to get the promised firmware update, but the new launcher version is the only thing Duo 1 owners are getting as of this writing.