Earlier this week, Microsoft finally ditched the preview branding for its Universal Skype app after almost a year in testing. The app is available to Windows 10 users on both PC and Mobile, but the third platform with Universal app support, Xbox One, was lacking an updated Skype client. Well, not anymore: Microsoft has made its app available for every Xbox One user to install and try out. 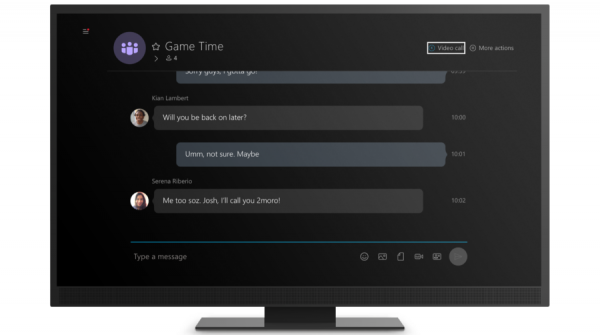 The updated Skype app will replace all previous system scenarios where Skype was available on the console. The new client is said to be better optimized for big screens while having the same user experience as the versions for Windows 10 and Windows 10 Mobile. It also has a dark theme to be consistent with other parts of the Xbox Dashboard UI.

Of course, the new Skype Universal app for Xbox is fully optimized for use with an Xbox Controller. As for the calls, you need to have a headset and a Kinect controller plugged in into your console if you want to use all of the video features of the app.

There are also features like Skype Translator built in, just like on any other platform for Universal Windows Apps. And with Cortana support, you can do text messages with your voice.