Microsoft has improved the Skype's group call feature by lifting up the participant limit from 50 to 100 users. Earlier avaialble in Skype Preview, the feature is now rolled out to everyone.

The new Skype app has a very streamlined user interface. It follows the modern trend of flat minimalist design with glyph icons and no borders anywhere. This design is being used in all other Microsoft products. As you may remember, some time ago Microsoft had switched to Electron for Skype. 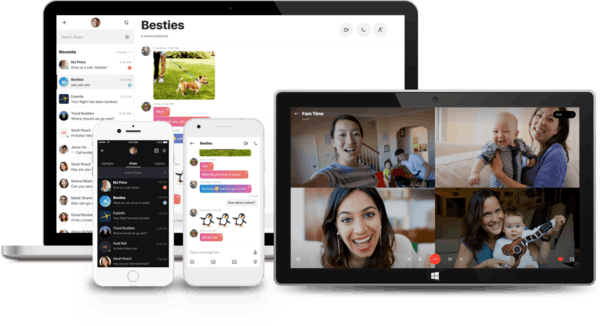 Skype for Android, iPhone, and iPad

The stable app version can be downloaded from here:

And here is its Insider Preview releases: