Microsoft is working on a new software layer that will allow Android apps to run in Windows 10 with no modification from app developers (or with a slight modification for some apps). Currently known as Project Latte, it will also allow devs to publish their Android apps on Microsoft Store, so users will be able to get them the same way they get modern Windows apps today. 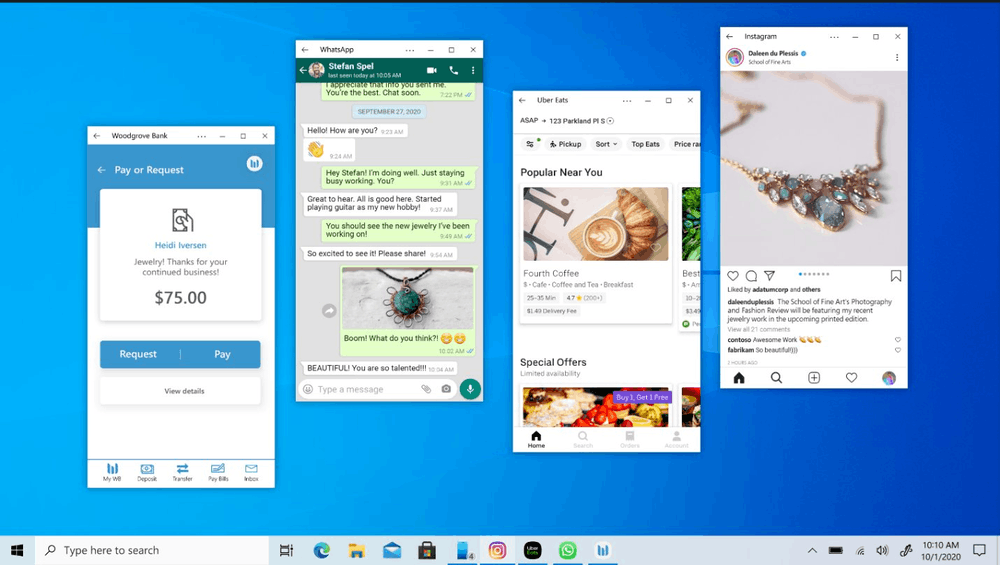 The company is not sharing much about Project Latte as of now, as it plans to introduce the Android software layer next year. It will utilize bits of the Windows Subsystem for Linux (WSL), as Android is a Linux-based OS with its own user space. Microsoft will have to emulate that user space to make Android apps feel home. Speaking about WSL, Microsoft has already announced that WSL is getting support for GUI apps, and GPU acceleration.

It doesn't seem possible that Project Latte will include support for Google Play. It is restricted to native devices and Chrome OS, and can't be used in an emulator.

As of this writing, Microsoft already offers a way to run Android apps on the Windows desktop. It is available to users of the Your Phone app who have a supported Samsung smartphone. This technology uses Android-to-Windows app streaming and is less reliable than the running code in the API emulator. The new project will most likely let you run Android apps no matter what phone you have.

Microsoft no longer views Windows as an exclusive platform for Windows applications. In addition to classic Win32 apps and modern UWP, it now allows you to have Linux apps, and will soon get support for Android apps. The project is expected to be included in Windows 10 version 21H1, a major feature update in the coming year.