Microsoft just released a new stable version of PowerToys 0.58. It is focused on improving ARM64 compatibility, where it now runs natively. The legacy WebBrowser component is now ditched for the modern WebView 2. PowerToys is now built exclusively with .NET framework 6, and its Settings are now using WinUI 3.

PowerToys is an open source software that is a set of useful tools that add extra value to the functionality and appearance of Windows 11 and Windows 10. They will help you to rename multiple files at once, batch resize images and preview more file formats in File Explorer. There are a color picker, an advanced Run dialog that  supports plugins, powerful keyboard and mouse tools. The recent addition is the Awake tool that is useful when you need to prevent your PC from sleeping. 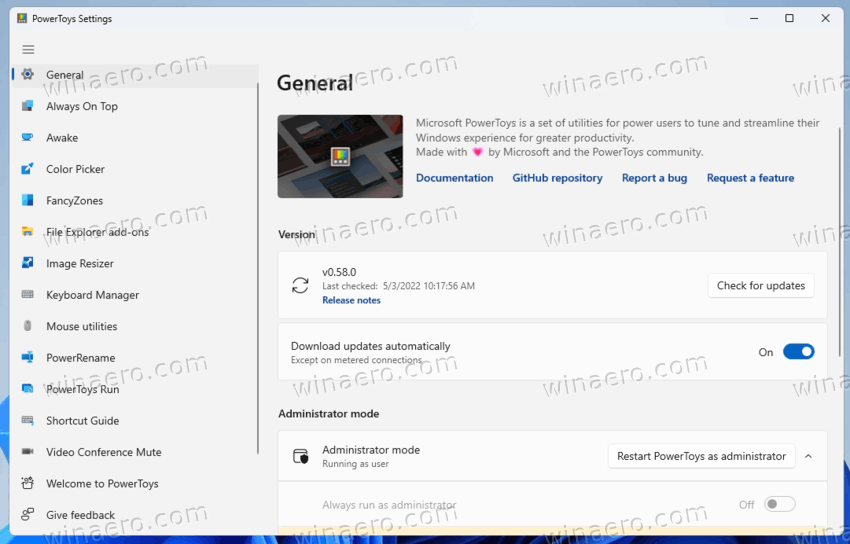 You can download the latest version of PowerToys from GitHub, Microsoft Store, or install it directly using winget.