Firefox 100 is now available for everyone. The first three digit version of the browser comes with several video improvements, including hardware accelerated AV1 video decoding on Windows. There is also the ability to use multiple spell checking dictionaries and auto-hiding scrollbars. 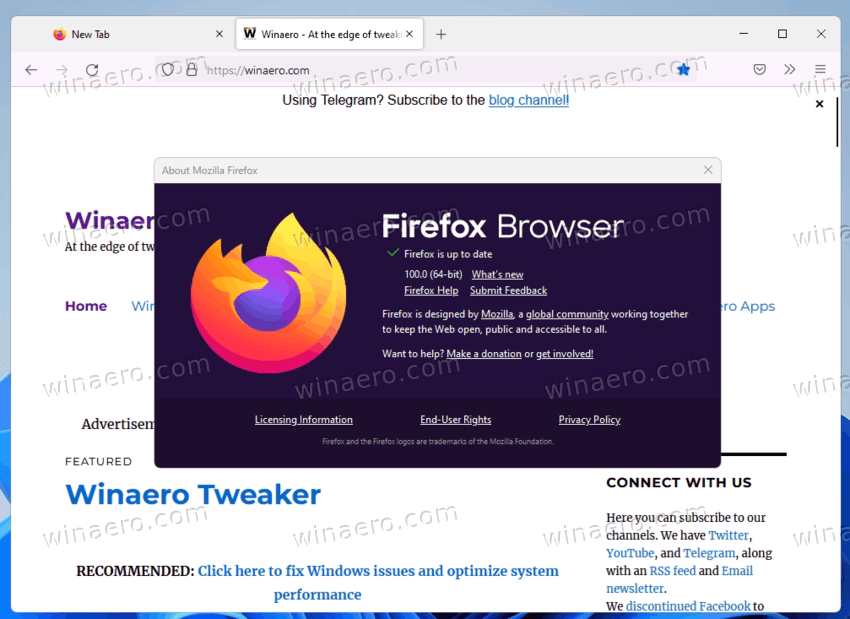 What is new in Mozilla Firefox 100

At the first start, a check has been added for the compliance of the Firefox UI language with the operating system settings. If the language doesn't match, the user will be asked to choose which language to use in Firefox.

Firefox 100 now allows to simultaneously use dictionaries for different languages when checking spelling. You can now activate multiple languages in the context menu at once.

Firefox on Linux and Windows have floating scrollbars enabled by default, in which a full scrollbar appears only when the mouse cursor is hovered over. The rest of the time, a thin indicator line is shown when you move the mouse pointer. But if the cursor does not move, the indicator disappears after a while. 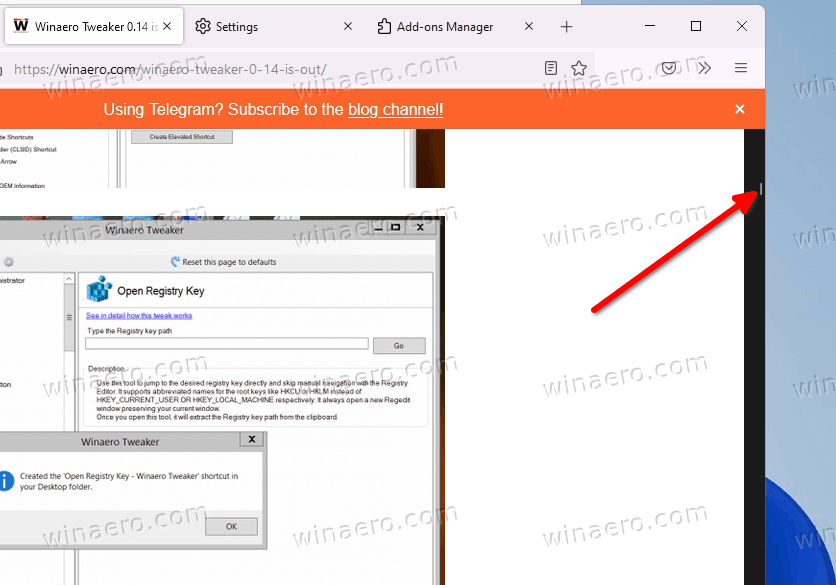 The picture-in-picture mode can now show subtitles when watching videos from YouTube, Prime Video and Netflix. This also works on websites using the WebVTT (Web Video Text Track) format, such as Coursera.org.

Note: If this feature is not enabled in your Firefox, you need to enable it manually. For that, open the about:config tab and set media.videocontrols.picture-in-picture.display-text-tracks.enabled to true.

Firefox now supports hardware accelerated AV1 video decoding on Windows. Your PC must have one of the supported GPUs, such as Intel Gen 11+, AMD RDNA 2 Excluding Navi 24, GeForce 30. You may need to install AV1 Video Extension from the Microsoft Store.

One thought on “Mozilla Firefox 100 is out, here is what is new”