Mozilla has issued a minor update to the latest Firefox 81 branch. Traditionally for post-major releases, such updates are targeting security and reliability issues. Version 81.0.1 is not an exception to this rule, and it includes a notable number of fixes.

Firefox 81 is a minor release that features general improvements and a small number of new features. However, starting with this release, the browser has a new default theme.

Firefox 81 is now available with the new Alpenglow theme

The Alpenglow theme is also known as "Radiance". It is available on Mozilla Add-ons web site, so users will able to install and remove it. 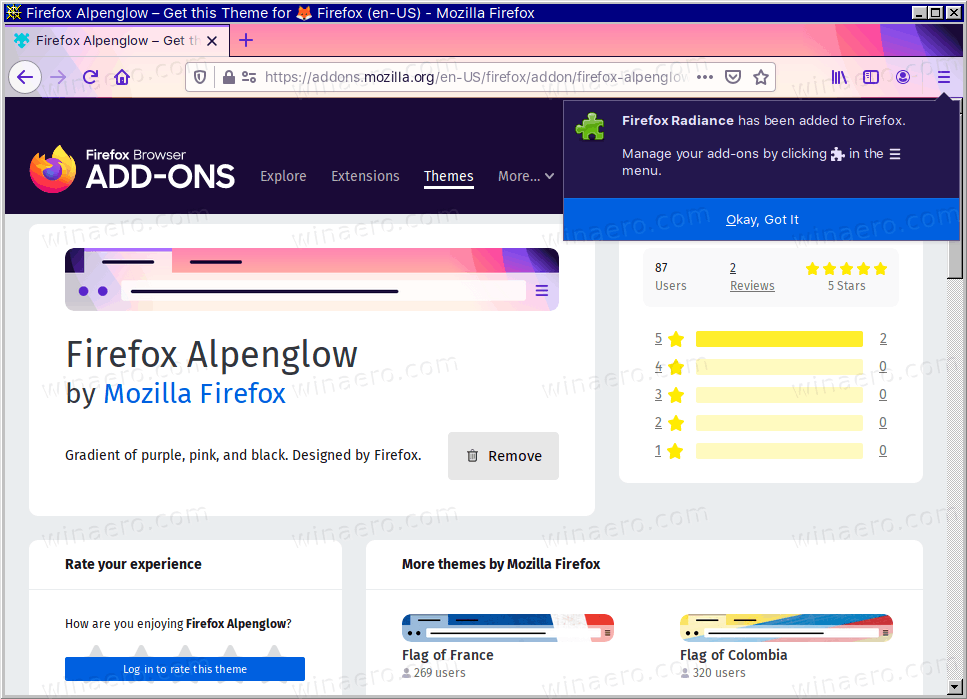