As you may already know, Windows 10 Anniversary Update features a reimagined Start menu with recently added apps, most used apps and other installed apps combined in a single list with group headers. If the apps you use the most do not show up in the most used list and are not pinned to the right side either, it might be annoying to scroll down every time to open them or search for them. Here is a trick to move them to the top so you have to scroll less.


This trick is possible because of how Windows 10 sorts the apps in the Start menu. Apps are sorted alphabetically. This means if you rename your shortcuts keeping this in mind, you can adjust their position in the list.

For fast access, Windows 10 allows the user to pin apps to the right side of the Start menu. But after they are pinned, the app icons turn into a tile, which takes a lot of space on the screen and increases clutter as well. If you make the tiles smaller, the names disappear.

Adjusting the left column list is a more elegant solution. However, Windows 10 does not provide any option to drag and sort this list. Here is how you can bypass this limitation.

First of all, you need to open the Start menu folder. This can be done quickly as follows:

Shell: commands are a useful way to access any desired system location. See the full list of shell commands available in Windows 10.

Now, do the following.

For example, I made this change for Firefox and Winaero Tweaker. 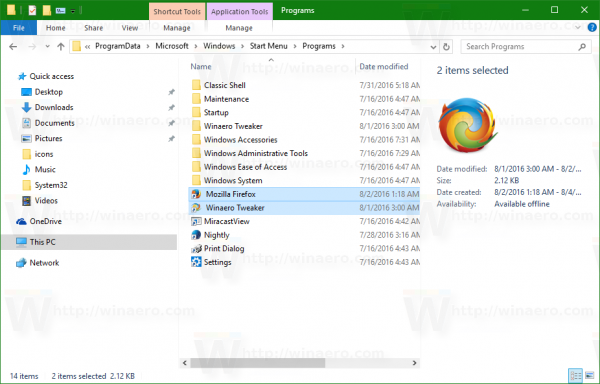 The result is as follows: 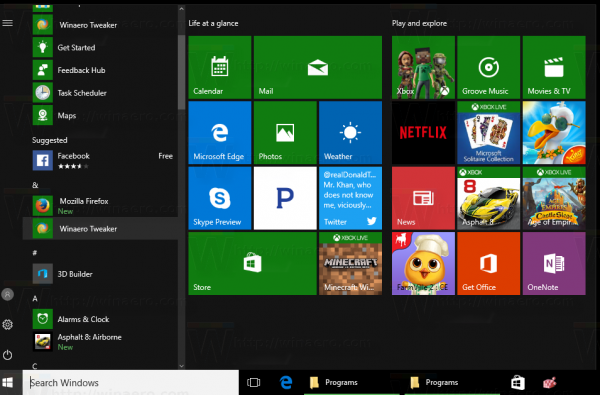 You can create shortcuts for apps which are not present in the Start menu (for example, for some portable app). Rename it this way to place at the very top of the app list. (Thanks Martin)

Additionally, you can disable Recently added, Most used sections and Suggested apps in the Start menu. It will make the Start menu display your renamed shortcuts right at the top edge, so you will not need to scroll the app list. 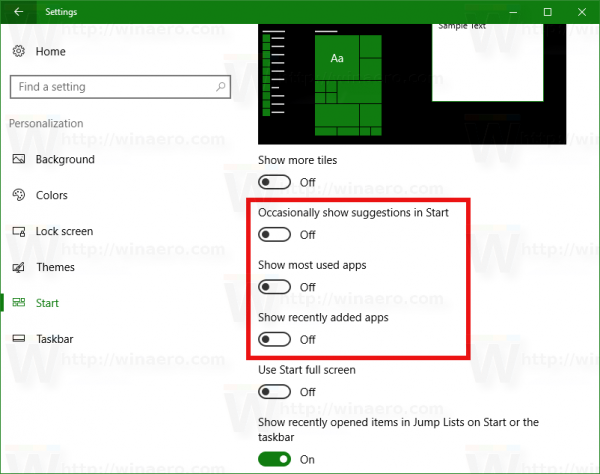 Watch the following video to see it in action: