On September 22, 2021, Microsoft revealed the second-gen Surface Duo with major hardware improvements, such as the Snapdragon 888 CPU, 5G support, improved cameras, and high refresh rate displays. Alongside the smartphone itself, Microsoft teased a redesigned Your Phone app.

Microsoft is yet to announce a new Your Phone app, but the Surface Duo 2 announcement video reveals some key changes coming soon to Windows 11 users. For example, Microsoft moved the notification center to the left side of the window to help the user focus on received notifications rather than the navigation panel. It appears that Microsoft is also working on a feature that lets you pin important notifications to keep them around in the never-ending stream on incoming messages. 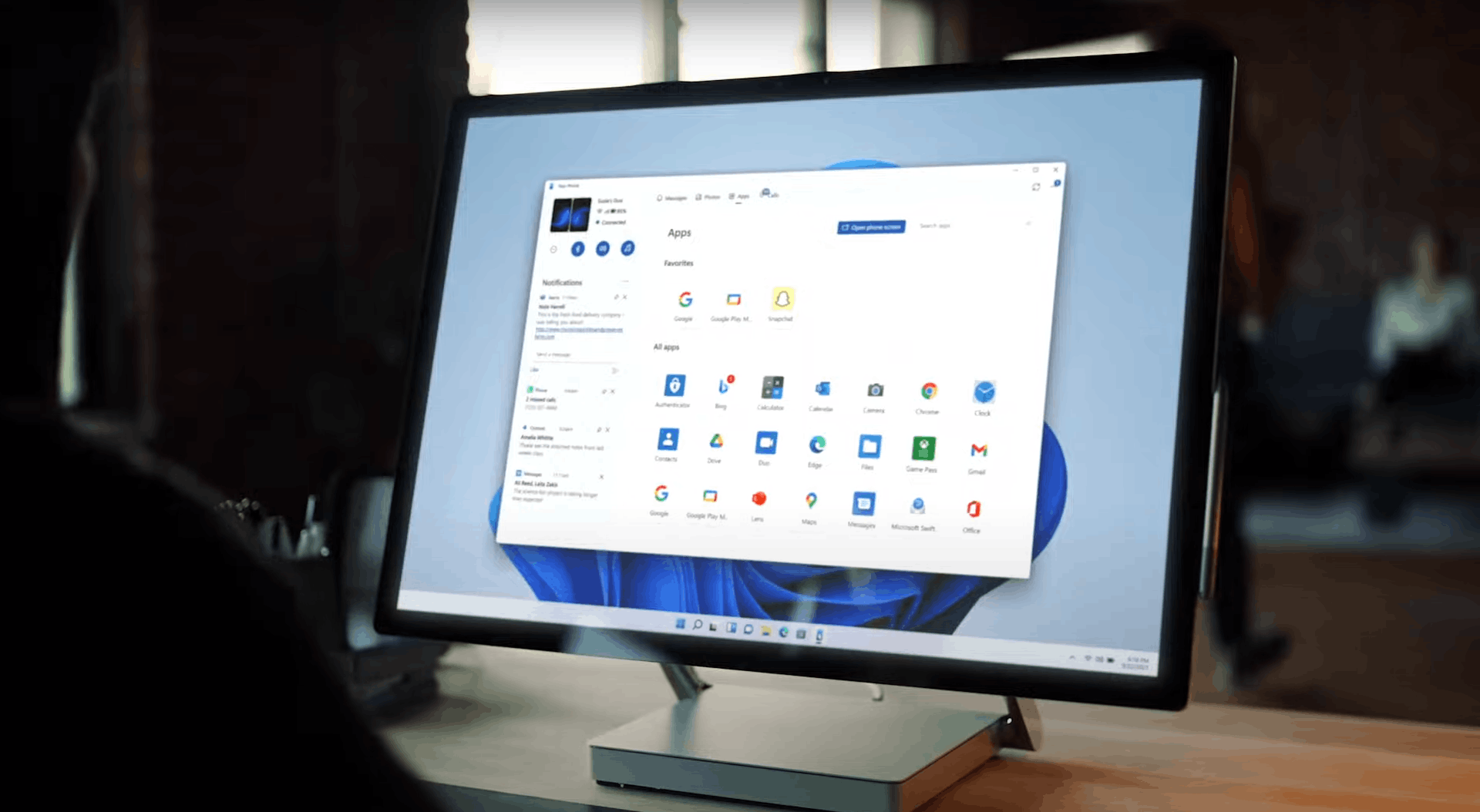 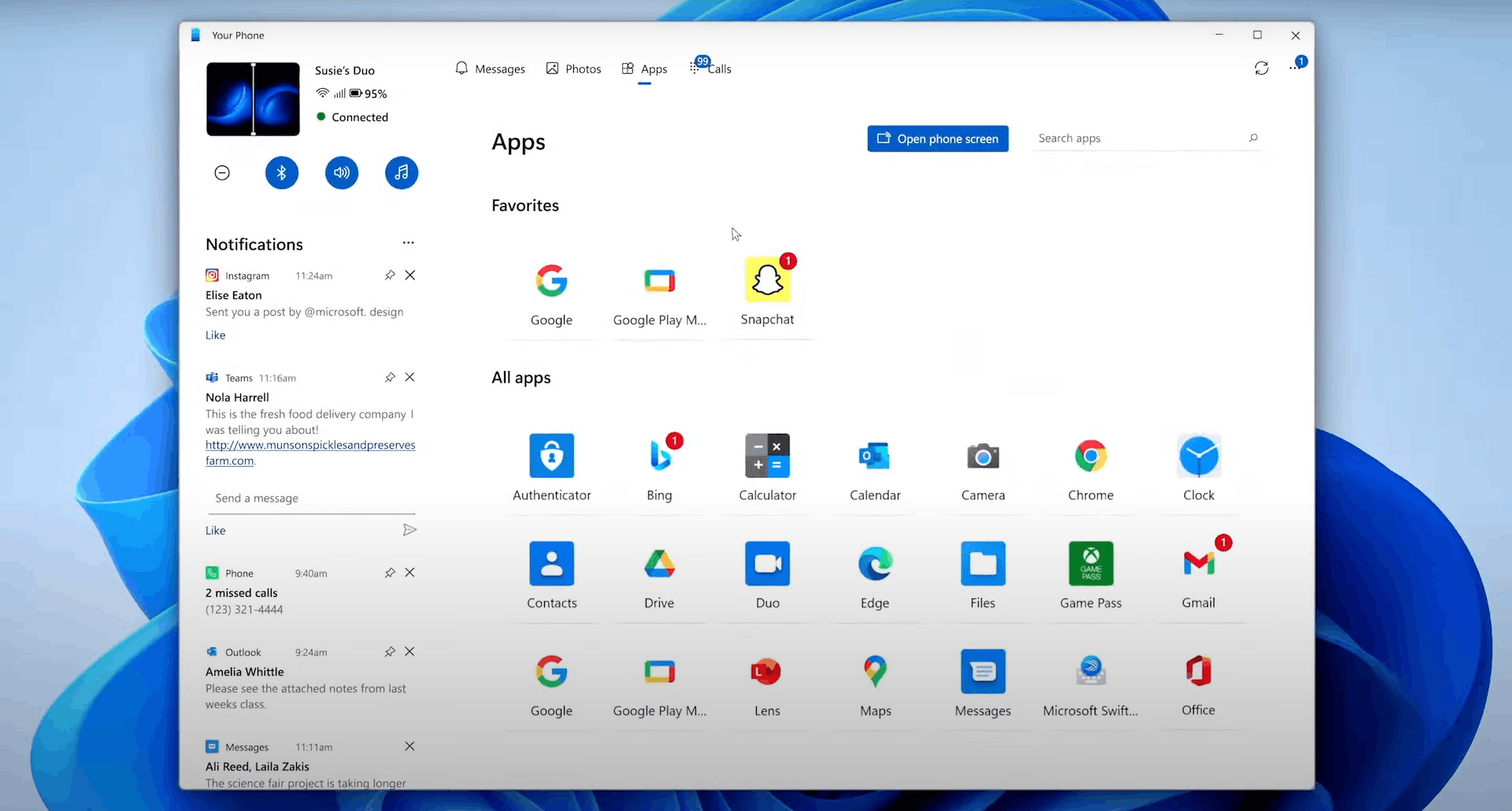 As for the navigation panel, it moved from the left side of the window to the top. Four tabs on top of the window let you switch between messages, photos, apps, and calls. Overall, the Your Phone app now looks much better and modern, on par with Windows 11 UI. 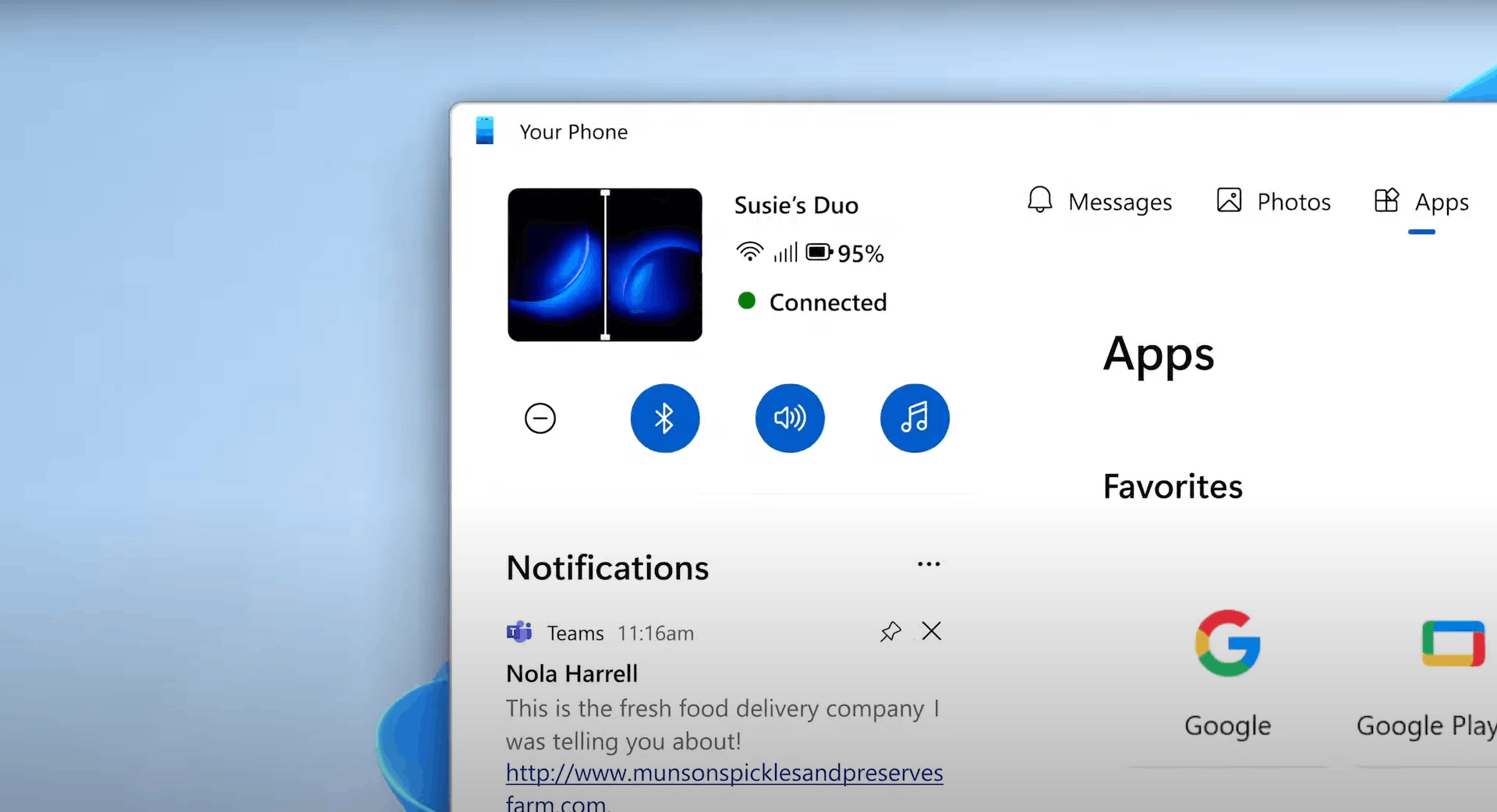 It remains unknown when Microsoft plans to reveal the redesigned Your Phone app to Windows Insiders and users in the stable channel. Surface Duo 2 goes on sale on October 20, 2021, so you can expect Microsoft to ship the new Your Phone app alongside its new dual-screen device.

If you are not familiar with Your Phone, it is a program that lets you use your phone from a Windows 10 or 11 PC. The application provides access to notifications, display mirroring, streaming Android apps to Windows, and even phone calls. In the beginning, Your Phone could only sync recent photos, but now it is feature-packed enough for users to control their smartphones fully from a Windows PC. Unfortunately, Your Phone is exclusive to Android smartphones because Apple does not allow similar freedoms on iOS.