Alongside a new build in the Dev channel, Microsoft started rolling out the redesigned Alarms and Clock app. At the beginning of this month, Panos Panay published a teaser of the upcoming update, which is now live for Windows Insiders.

The main highlight of the new Alarms and Clock app is the "Focused Sessions" feature. It consists of several blocks to make you more productive. The first one is "Focus Timer," where you can specify how much time you want to dedicate to work and split that time with breaks. 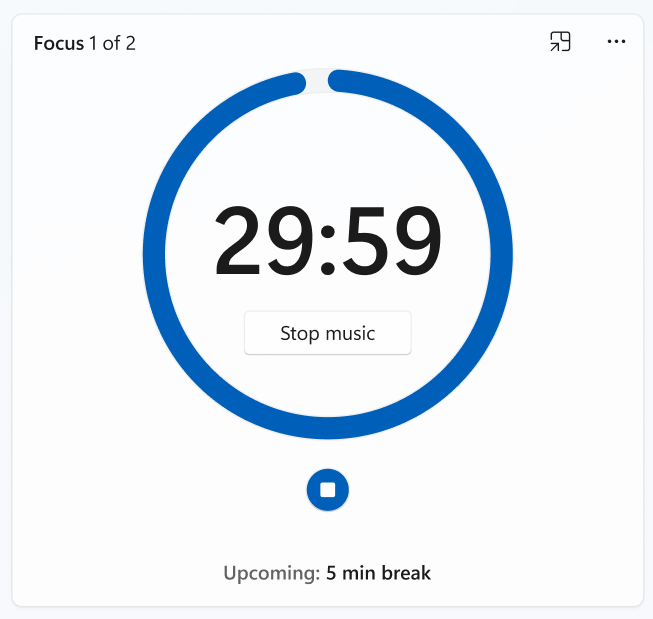 The second block contains Spotify integration. Microsoft says music helps us focus and reduce distractions, so the company integrated Spotify into the Alarms and Clock app to let you discover playlists to improve your productivity.

The third block is a list with your reminders in Microsoft To-Do. It lets you pick a task on which you want to focus during a specified period. Also, you can manage lists and reminders without switching to the dedicated Microsoft To-Do app. 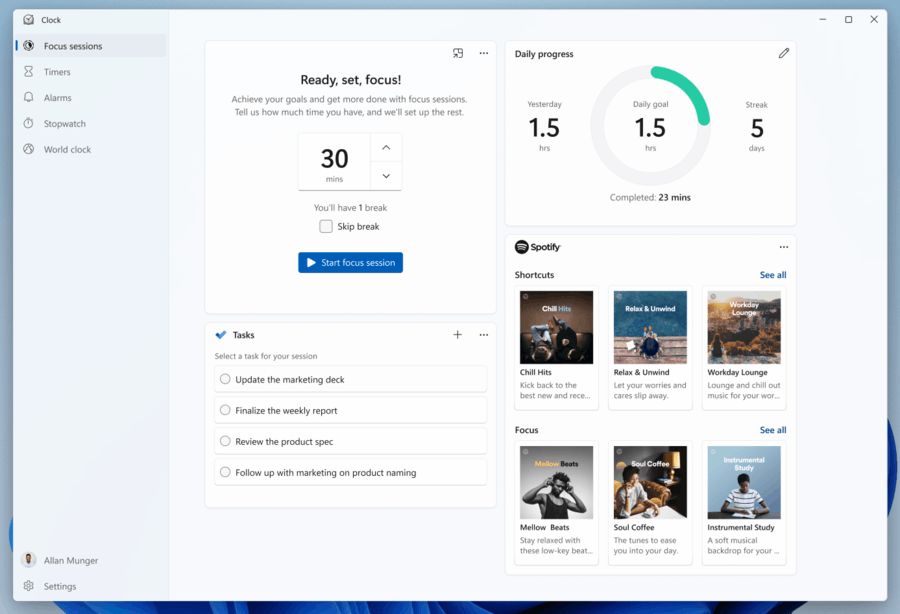 Finally, there is a habit-building block, where you can gamify your work by setting goals and keeping the streak. 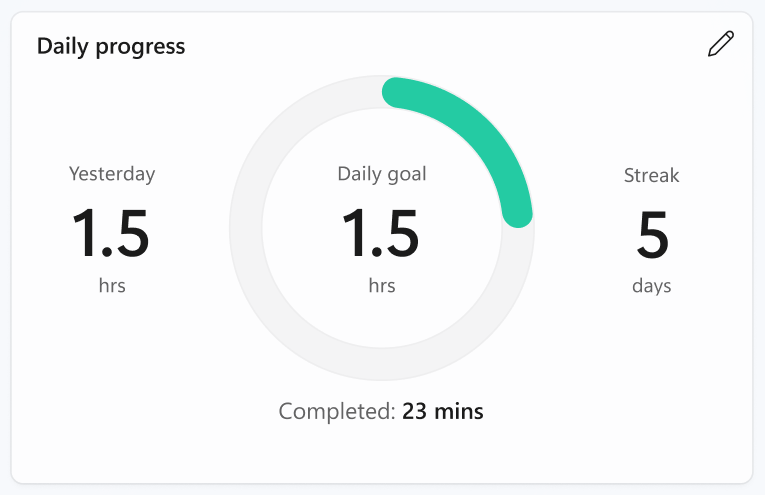 The new Alarms and Clock app is now rolling out to Windows Insiders in the Dev channel. Note that the rollout has just started, so it may take some time before the update reaches your device. Meanwhile, you can download and install the latest build of Windows 11 in the Dev and Beta channels.

In case you missed it, Panos Panay earlier published a new video with the upcoming redesign for the classic Microsoft Paint. In the official blog post, Microsoft says it has more big updates for the stock apps in Windows 11, so stay tuned for that.