The legendary paperclip assistant, first introduced in Microsoft Office 97, made its return in form of wallpapers for your smartphone. Microsoft turned 46 years old this April, so the company issued a number of retro-phase wallpapers to celebrate this event, this time with Clippy.

Clippy has become available in Office 97 as the default Office Assistant, and it could also be seen in Office 2000 through 2003, where it got a more polished look. The character was designed by Kevan J. Atteberry. With release of Office 2007, Clippy was removed from the Office suite due to negative user feedback who find it annoying. That's because Office apps could automatically (and suddenly) bring Clippy on screen if the software determined that the user could be assisted or tipped with a hotkey or some feature.

With a bit of nostalgia, Microsoft brought a set of wallpapers with Clippy riding paper airplanes. The images are optimized to serve as your smartphone background. You can grab them from this tweet.

Microsoft didn't reveal extra details on this post. Also, there are no wallpapers available for Desktop.

Apart from Clippy, Microsoft Office included a number of other assistants. However, in Office 97/2000 they were not installed by default, being an optional feature. The user was supposed to customize the default setup options in order to get them.

The assistants where powered by the Microsoft Agent technology. The latter was removed from Windows starting in Windows 7, and had to be installed manually. Interestingly, Microsoft Agent can be installed on Windows 8 and Windows 10, and then you can launch the aged characters on the modern OS. 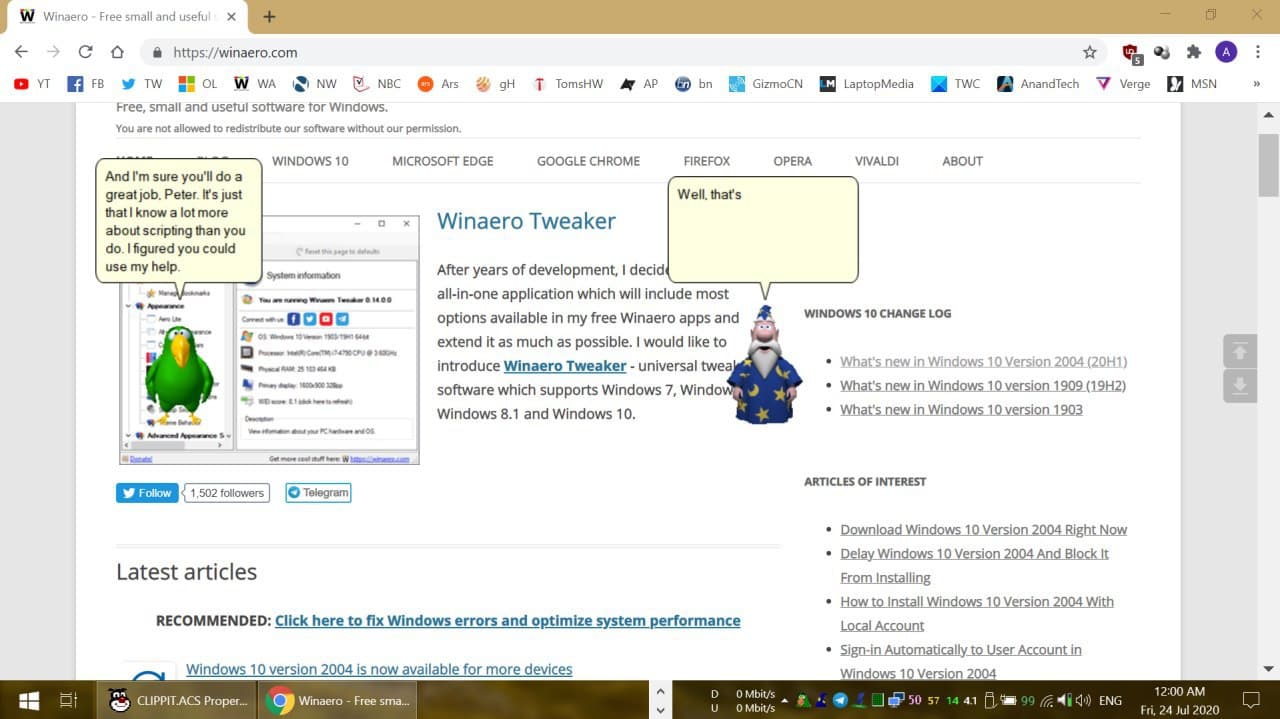 Also, a Clippy Easter Egg can be found in Cortana.