Earlier this year, Microsoft announced its plans to bring Windows Holographic to 3rd party hardware from partners. This includes not only VR-ready PCs from Windows OEMs, but also head-mounted displays (HDMs): the company is actively working on HDM specifications in collaboration with Intel. The goal of this project is to create a new hardware category for consumers allowing almost everyone to get into the world of Virtual Reality without spending large amounts of money on buying a compatible device. 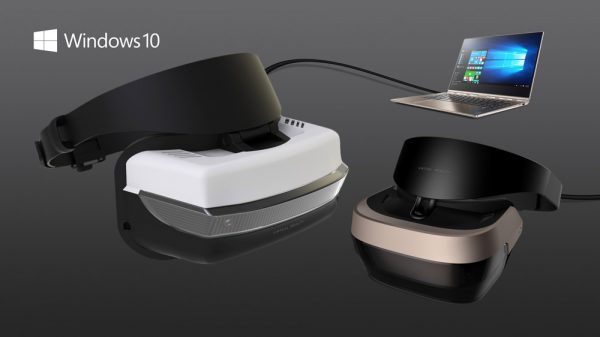 In later events, Microsoft announced some hardware partners already working on creating a new set of devices. The earliest devices are planned to be released some time in December 2016 while presentations will be held during the WinHEC conference in Shenzhen, China showcasing more details on these VR devices.

In particular, the company has already announced its partnership with HP during the October 2016 Surface and Windows 10 event. The official blog post about it states the following:

By bringing together HP’s hardware with the Windows 10 operating system, the two companies will enable 3D and VR experiences never seen before. Now, with Microsoft’s announcement, HP will embrace these new 3D capabilities in Windows 10 as part of our Blended Reality strategy for the masses by making this available across a wide spectrum of solutions and price points – stay tuned for more details. For example, during Microsoft’s event today, the company demonstrated on an HP Elite X3 how you could scan a ship model with 3D capture using the standard RGB cameras.

The December 2016 WinHEC event is the second one this year and scheduled for December 8–9, 2016. Despite the fact that Windows Holographic is going to be the main theme of the event, you can expect some announcements about future Windows 10 updates and releases too.