The MSN Weather app from Microsoft recently got an update for Windows 10 Mobile Insiders on the Fast ring. Aside from minor fixes and performance improvements, there's one highly requested feature that's worth mentioning: with version 4.17.72.0 rolling out, Microsoft is finally bringing a transparent tile to the MSN Weather app on Windows 10 Mobile.

You probably know that the MSN Weather app comes preinstalled on Windows 10 Mobile along with Skype Preview and a few other MSN apps. Most of them don't have a transparent tile either and were criticized for that by many users. It seems like things are finally about to change starting with an update — there's a rumor that Microsoft is going to bring the same change to its other preinstalled apps, including MSN News which has recently received a chaseable live tile, allowing the user to go directly to the content inside the app that is shown on the tile, instead of the app's main page. 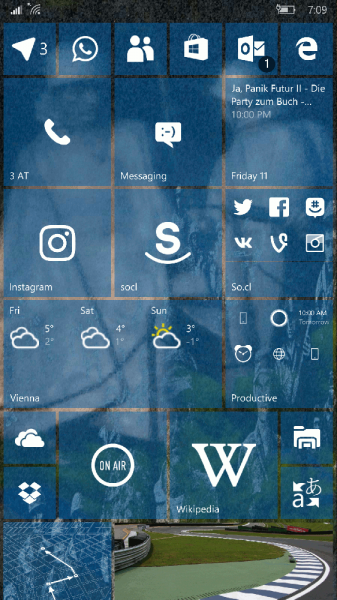 The new transparent tile is on by default after this update so if you want to get the old one back, just go to the app's Settings and turn off the "Transparent live tiles" option. 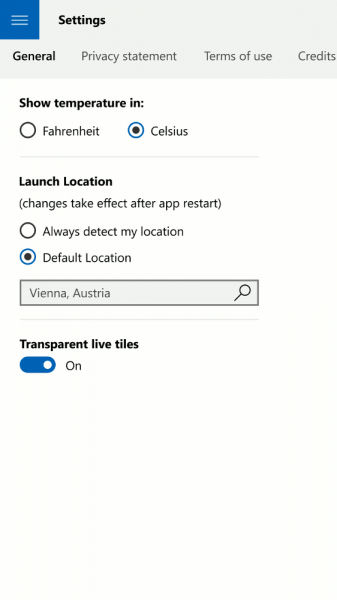 If for some reason you don't have the MSN Weather app installed, you can always get it from the Windows Store. Image credits: onetechstop.net