A couple of weeks ago, Microsoft announced its plans to merge Edge's code between several platforms on desktop and mobile. This change will help the company speed up the development process, as Microsoft needs to code a single feature three times to make it available across supported platforms. The first time it is is for desktop, the second is for Android on an older Chromium release, and the third one for iOS with a completely different rendering engine.

These plans are about to materialize, and the company invites more insiders to test a new Edge on iOS via Apple's TestFlight program. Microsoft published a post on its official Tech Community forum notifying users about the upcoming program expansion. 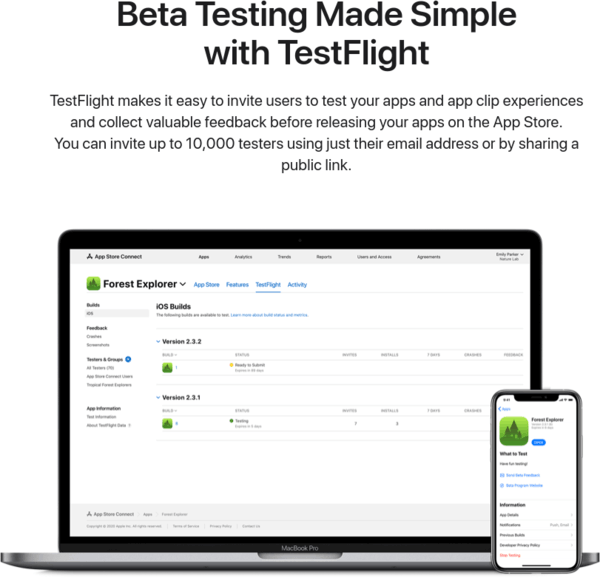 Apple TestFlight is a program that allows developers to beta test their apps before the stable release. Microsoft has several TestFlight beta programs, including Office, Skype, and the Edge browser. Each app channel in TestFlight can hold up to 10,000 people.

Microsoft says it will soon notify those who want to join in testing Edge on iOS. Besides, the company asks existing insiders to use the beta version; otherwise, they may end up being kicked out of the program due to inactivity. Those who actively participate in beta tests and use Edge's pre-release version frequently should not worry about being excluded. These users will remain in the program for further testing.

There is no official word from Microsoft when the company opens new testing slots, so be sure to follow the latest news about Microsoft Edge here on Winaero and the official Tech Community forums.

You can download TestFlight on compatible iOS devices from the App Store. It is worth mentioning that you need an invitation link to join the Microsoft Edge beta testing on iOS. A similar beta program is available on Android as well, with participation open to everyone with no need to get an invitation.