Last week, Microsoft unexpectedly stopped blocking Visual Basic for Applications (VBA) macros in Office. But this move was a temporary change. The Redmond firm is still planning to disable VBA macros by default to improve security, but this will happen a little later.

Microsoft first announced its intention to get rid of VBA macros in February 2022. But suddenly files downloaded after June 30 allow running them again. 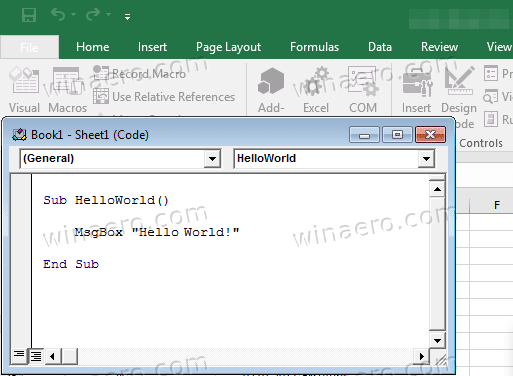 Following user feedback, we have rolled back this change temporarily while we make some additional changes to enhance usability. This is a temporary change, and we are fully committed to making the default change for all users.

So now macros are blocked by default, but to enable them, it was enough to click on the button in the warning box in Office apps. In the future, this button will lead to the Microsoft support site.

Microsoft has not yet announced the changes it plans to make to improve usability. But they are going to shed some light on this in coming weeks.

Initially, the company wanted users to go to the properties of the downloaded Office file and agree to unlock the file. After this Office would allow macros in the file to run. This can be difficult for an average user, so  the firm will soon offer a better  UX solution.

Currently, Microsoft provides a couple of group policy settings that define what Office apps should do with VBA macros. The system administrator can block or allow them, and also specify trusted locations in which macros are always allowed.