The latest Windows 11 Dev build has a brand-new (more importantly, working) Task Manager with many exciting features. The first thing you will notice after launching Task Manager in Windows 11 build 22557 is a new UI. It now matches the overall looks of Windows 11, such as the hamburger menu (quite a questionable UI feature, to be honest), better icons, a dedicated settings page, and a new command bar on each page with access to common actions. 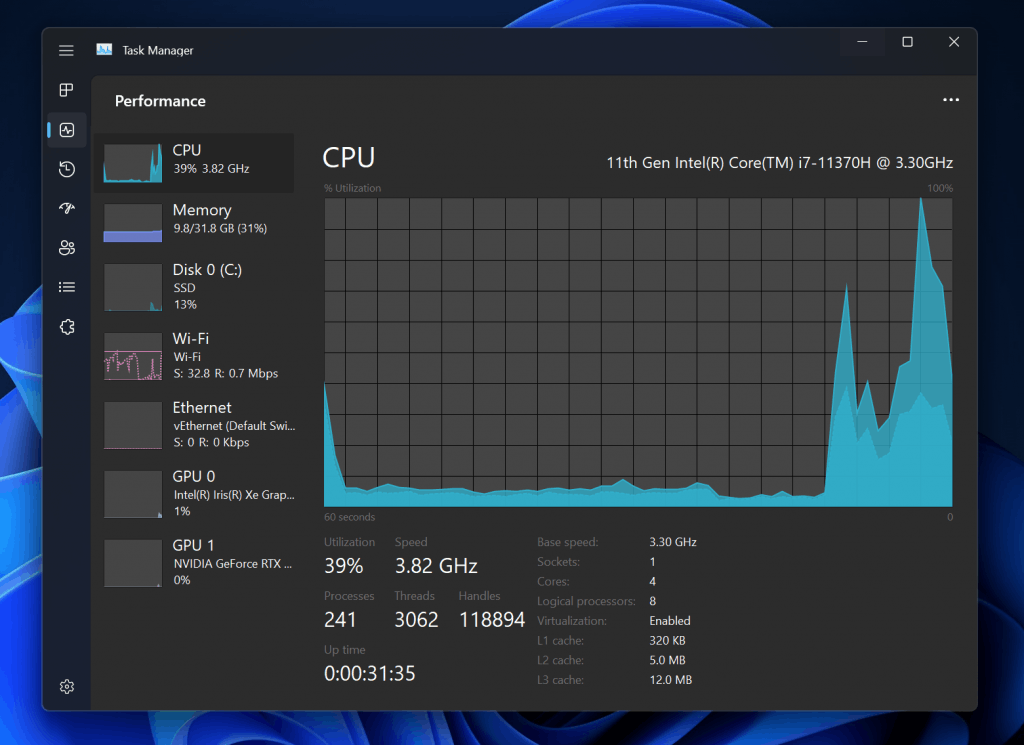 The latter makes Task Manager more accessible and improves feature discoverability. Users will no longer have to dive into menus and submenus to run a new task, kill a process, or change the view. Neat.

For many people, dark mode support will be the most important change. Task Manager in Windows 11 will follow a system-wide theme by default, but it also has an option for manual switching between light and dark modes.

Note that you need to update to Windows 11 build 22557 in the Dev channel to test the new Task Manager with its glorious improvements. If using unstable Windows versions is not your cup of tea, there is good news for you: Microsoft recently announced a major shift in how it delivers feature updates for Windows 11.

Kiss goodbye to yearly "big" updates with new capabilities. Now the company wants to include new features in monthly cumulative updates as it was with February 2022 non-security updates. You can read more about the change here.