Mozilla is releasing a new version of their popular Firefox browser to the stable branch. Firefox 70 is now available, bringing WebRender to a larger number of users, comes with privacy and safety enhancements, and user interface improvements, including a new logo, a geolocation indicator, native (system) dark theme support for internal pages on Windows, and much more.

Firefox 70 is yet another release of the Quantum engine-powered browser. Since 2017, Firefox has the Quantum engine which comes with a refined user interface, codenamed "Photon". The browser doesn't include support for XUL-based add-ons any more, so all of the classic add-ons are deprecated and incompatible. See

Here are the key changes in Firefox 70.

First of all, you will notice a new icon set for the browser. The change has been planned some time ago. The new logo is intended to reflect the fact that the Firefox brand is more just a browser.

The main menu includes a What's new item that unveils the key changes in the release. It has a gift box icon, which also appears in the address bar. Once you click it, it opens a welcome page with the release details.

Finally, the user profile menu now has its own icon in the toolbar. It opens a menu that includes account management options, including sync, Firefox account, saved logins and passwords. Also, the menu promotes Mozilla's services, the Firefox Send file sharing service, and the Firefox Monitor security service. 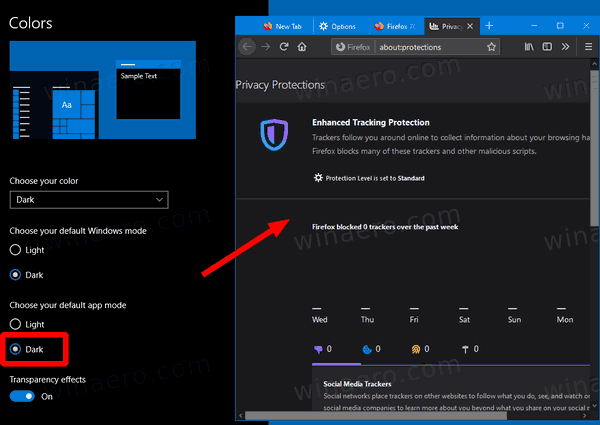 Enhanced Tracking Protection (ETP) has received a few more improvements. Now it includes social media tracking protection. Starting in version 70, it is enabled by default for all users by being included into the Standard option. 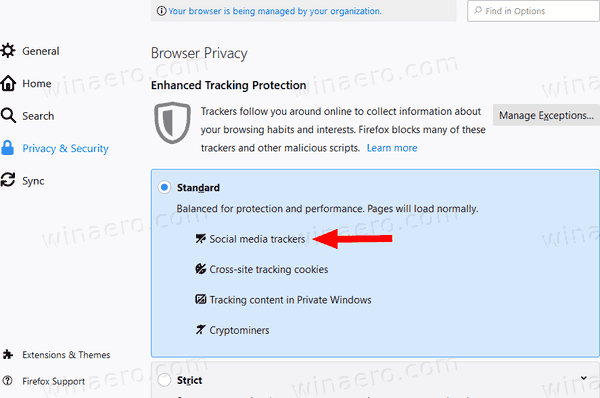 The social tracking protection tries to prevent cross-site tracking from the social widgets used by Facebook, Twitter, and similar companies.

There is a new Privacy Protections Report that includes a brief overview of your current protection settings, and also includes some stats regarding the blocked trackers. 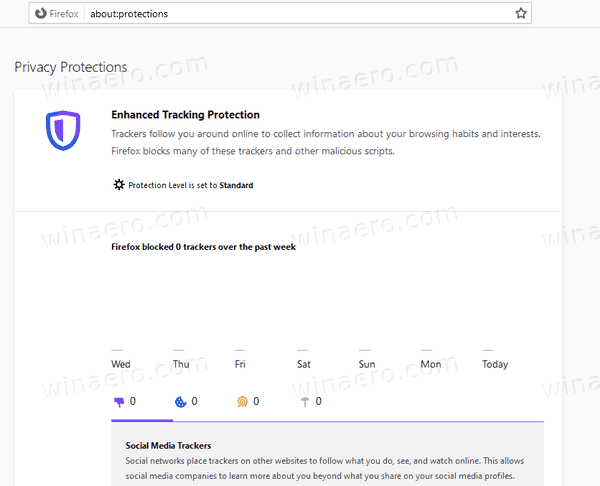 You can access it by typing about:protections in the address bar, or by selecting Privacy Protections from the main menu. 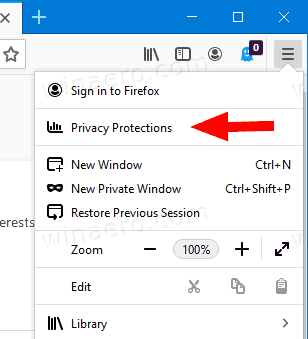 The report also has links to Firefox Monitor service and Firefox Lockwise, Mozilla's password manager which is available on various platforms. 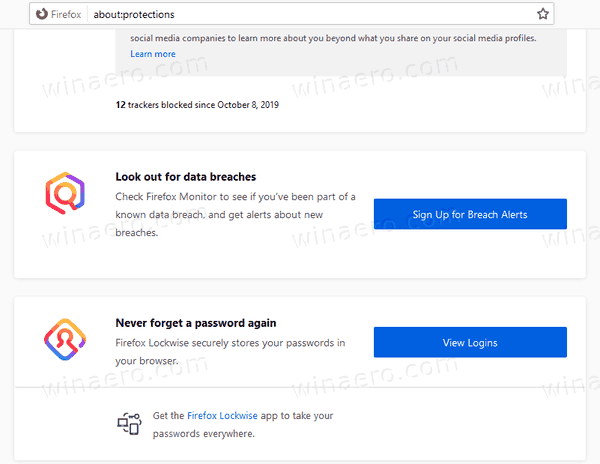 Firefox Lockwise is a new service hosted by Mozilla and is tightly integrated with the browser starting in version 70. It supports login and password synchronization for saved credentials, and can display breach alerts using data collected by Firefox Monitor. You can use various methods to open it. 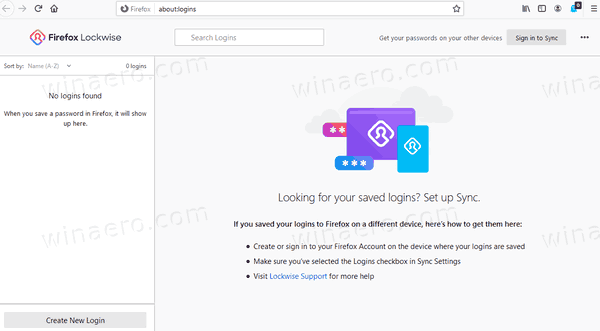 A new geolocation icon informs you when a web site is trying to use your geolocation data.

Clicking on the icon opens a flyout with details. 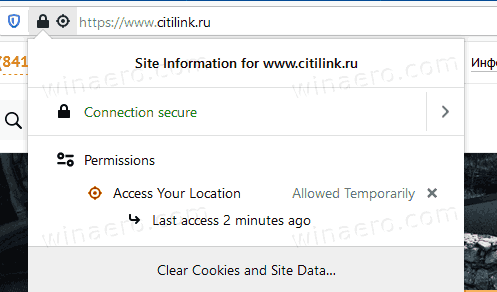 One thought on “Meet Firefox 70. Here are the key changes”