Following up on the new Cinnamon release, a new version, 1.12 of the popular MATE desktop environment for Linux is out. Let's see which features to expect from this version.

As you might know, MATE is a fork of Gnome 2 with the traditional Desktop interface like a taskbar, system tray and apps menu. MATE is developed along with Linux Mint, which is the most popular Linux distro according to DistroWatch.com. 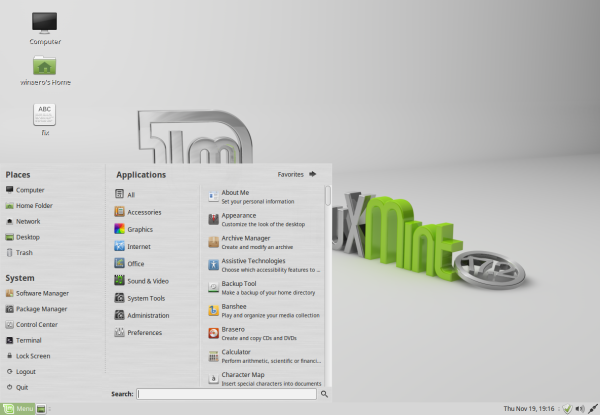 With this release, developers are about to switch to a shorter development cycle. This will help MATE be more current and it can be improved more dynamically.

See: Some nice improvements are coming to the MATE desktop environment on Linux

As for new features, this release does not bring any radical changes. Instead, it is a bugfix release which closes a number of minor issues reported by users.

Most of the issues which were found in Linux Mint 17.2 are fixed now. Some of the new features implemented in Cinnamon were ported to MATE.

The new version 1.12 is expected to be featured in Linux Mint 17.3 "Rosa" planned for the end of November and in Linux Mint Debian Edition 2 "Betsy". More details can be found in this blog.