Every time Microsoft releases a new cumulative update for Windows 10, it appears on Windows Update servers. For end users, their computers fetch updates automatically from these servers, utilizing valueable internet bandwidth. While Windows Update has some tricks of its own related to Delivery Optimization to share updates across other PCs in a network, it is sometimes convenient to download the offline installer of a big update. If you have more than one computer and would like to save your time and bandwidth, you can download and install the update manually on all of them.


Also, this can be useful when you need to update a device which is not connected to the Internet directly or all the time. It can be an offline computer, a computer behind a proxy server, or a virtual machine.

Microsoft releases Windows 10 updates regularly to fix bugs and vulnerabilities to improve the stability and functionality of the OS. Microsoft is using several update servers in different regions. Due to this, sometimes updates do not appear for certain countries and languages for long periods of time. In such a situation too, you might want to manually download and install updates.

While Windows Update is the primary service for update redistribution, there is a special web site which hosts update packages. It is called the "Microsoft Update Catalog". It is useful to grab update packages manually. After some recent changes made to it by Microsoft, it can be used with any modern browser.

Note: Some update packages might even be exclusively published on Microsoft Update Catalog. Usually, such fixes affect a small select group of users, so the majority of consumers do not need to download and install them.

To manually download and install Windows 10 updates, do the following.

Step 1: Open the Microsoft Update Catalog website with your browser. 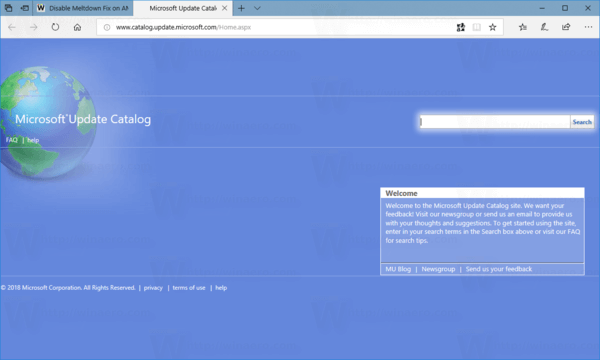 Step 2: Perform a search by entering the KB number of the update in the search box. For example, KB4056892. 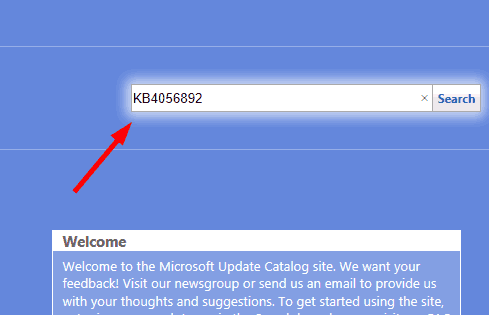 Step 3: Click on the Download button next to the 32-bit and 64-bit Windows 10 version links. Tip: You can quickly find if you are running a 32-bit or 64-bit Windows version. 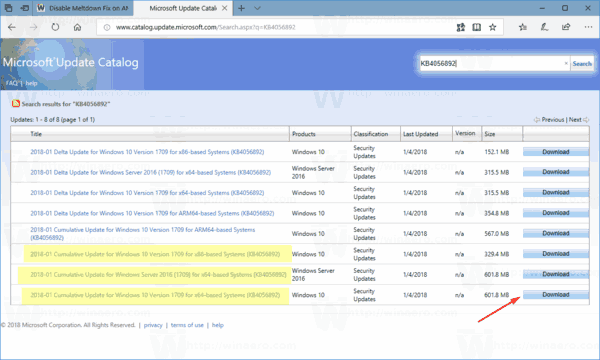 Step 4: Download the update using the link that appears on the next page. 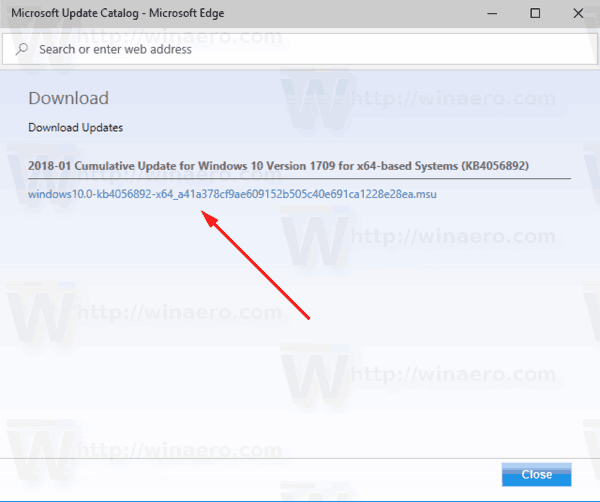 The update package file can be either in MSU or CAB format. Most of the time, you will deal with MSU packages.

To install the downloaded Windows 10 update, please refer to our excellent tutorial:

How to install MSU and CAB update packages