Android apps support is one of the biggest changes in Windows 11 (and the most exciting for many) Microsoft failed to deliver on day one. The current stable version of Windows 11 lacks Android apps compatibility, but the feature is now getting closer to the public release. On October 20, 2021, Microsoft released the first version of the Android apps subsystem to Windows Insiders in the Beta channel.

Of course, not every app will work. Windows 11 does not have Google Play Services that many programs require to operate, or an app might require missing hardware or software components. If you want to try Android apps on your Windows 11 computer, Rafael Rivera (@WithinRafael) has made a page on GitHub where users can track and report various compatibility issues.

To track Android App compatibility with Windows 11, head over this page on GitHub. In the list of apps, find the app you are interested in, and check out its status. 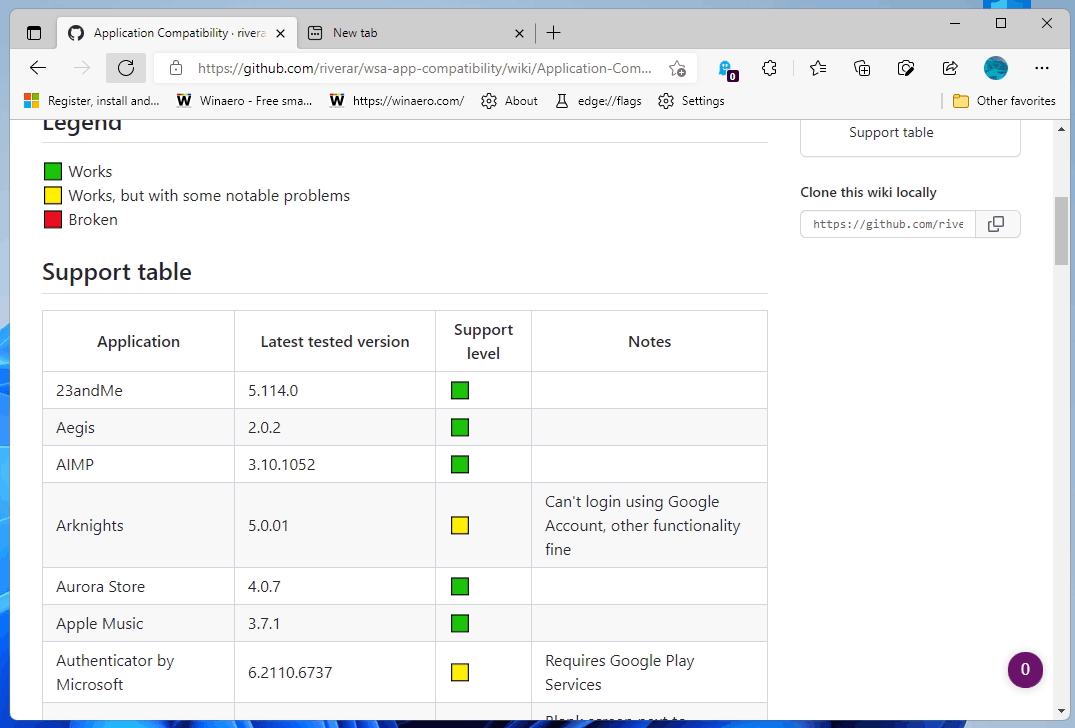 The page lets you check if the app you need works in Windows 11 without spending time sideloading it onto your machine. As of now, the Application Compatibility page on GitHub has over 60 applications. Some of them work without problems (Apple Music, Instagram, Outlook, Telegram, WhatsApp), although the majority experience issues or do not work at all.

Android apps support in Windows 11 is currently available for Windows Insiders in the US and the Beta Channel only. Microsoft does not comment on when it plans to expand the testing scope to users in other countries or Windows Insider channels.