Here is how to delete a scheduled task in Windows 10. You may want to remove a task from the Task Scheduler if it has become redundant, or when it is related to an app you have uninstalled. There are a number of methods you can use for that.

Task Scheduler is a special tool which comes bundled with all modern versions of Microsoft Windows. It allows the user to schedule the launch of apps, batch files, PowerShell scripts etc after specified time intervals or when certain system events occur. The Task Scheduler has a graphical MMC version (taskschd.msc) which is the most popular tool managing tasks. 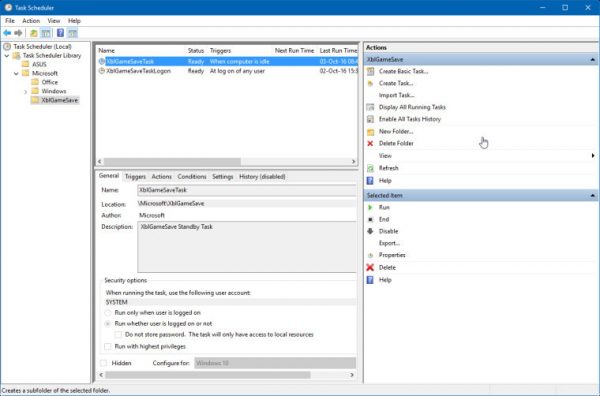 If you are not familiar with creation of tasks in Task Scheduler, we have a good tutorial here: Create elevated shortcut to skip UAC prompt in Windows 10.

This post will show you how to delete a Scheduled Task in Windows 10. You can use the Task Scheduler app, Command Prompt, PowerShell, and the Registry editor for that.

To Delete Scheduled Task in Windows 10

You have successfully deleted the task.

Alternatively, you can use the command prompt for the same. This can be done with schtasks, a console tool that allows managing scheduled tasks in Windows. It is also useful for various automation scenarios.

Remove a Scheduled Task in Command Prompt with Schtasks

Additionally, you can use PowerShell to remove a scheduled task. In includes a number of cmdlets that allow interacting with scheduled tasks.

Note: You should specify the task folder location staring with a back slash and ending with the same. For example:

Finally, there is a way to delete a scheduled task in the Registry. Let's review it.

Delete a Scheduled Task in the Registry Editor

You have removed the task. You can close the Registry editor app.