Microsoft has updated the Dev channel of Windows 10 with a new build. Insiders are getting Windows 10 Build 21318. The release is notable for the 'Paste as plain text' option in clipboard history, and for a number of improvements made for ARM64, Bluetooth, and input.

The menu will now include a new “Paste as plain text” option alongside pin and delete. It pastes the text content of the clipboard without its original formatting. 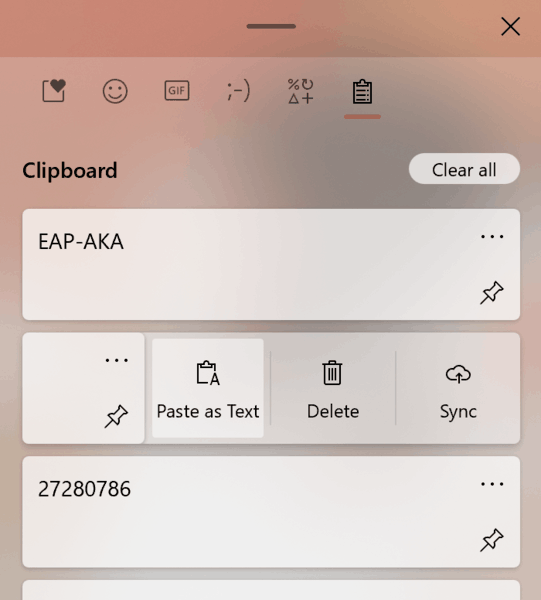 Microsoft encourages users to leave feedback on this change.

This feature is rolling out to a subset of Insiders in the Dev Channel at first, to help Mirosoft quickly identify issues that may impact performance and reliability. Rest assured they will be gradually rolled out to everyone in the Dev Channel.