The Microsoft Store is where Microsoft would prefer all Windows software to be in the future. Getting major apps in the Store is a big deal for them. Well Google Chrome, the world's most popular web browser has now landed in the Store. This is a significant development however it's not as simple as that. Due to Microsoft's restrictions which they have imposed for Store apps, Google can only offer an installer or a link to download Chrome. Here are more details.


Google is well-known for avoiding the Store on Windows. They don't have native Universal Windows Platform apps for Windows 10. Instead, they have web-based versions of all their services which work quite well in any web browser. The company probably does not think they need to have apps on a PC when a web browser can offer the same functionality just as efficiently without having to download or install anything. Or maybe, they consider the Store and mobile Windows 10 versions as competitors to their own Android ecosystem. 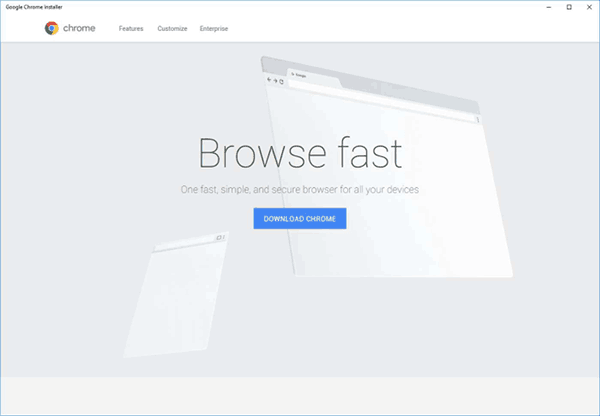 Google also ignores the Microsoft Store due to a very small user base which has failed to grow for several years. Regardless of the reason, you won't find official apps like Gmail, Google Calendar, YouTube there. They do not exist.

Which is why Google Chrome arriving in the Store is a surprising event. Google probably want to promote it to PC users who still use Edge or Internet Explorer. They obviously would want users to easily discover Chrome and get it installed on a Windows 10 PC quickly.

The version of Google Chrome in the Microsoft Store is not a special version of the browser as you may think. It is not a UWP app which can run on any Windows device, nor a converted Desktop app, inside a UWP wrapper.

The introduced app is just a downloader which launches the download procedure for the Chrome browser. The same can be achieved by running the regular Chrome installer by going to its official site and downloading it manually.

So, Google Chrome exists in the Microsoft Store but only as a namesake. The unavailability of a proper UWP app means the browser still does not exist for the low-end Windows 10 S edition. As you may already know, this edition doesn't support running desktop apps.

If you expected some Microsoft Edge alternative for your Windows 10 S device, you will be disappointed. Basically, you are getting just another way to download the regular Chrome browser.

Still, it is not clear what exactly is the purpose of putting Chrome inside the Store because it is already the world's most popular browser and almost every PC user already knows of its existence. But Microsoft promotes Edge aggressively so maybe Google is trying to do the same. Or maybe they are about to collect some Store-related download stats for Chrome so they can rethink their policy of offering native Google apps in the future.

If you are curious, you can click on the following link and play with the Chrome installer:

As of this writing, the app doesn't even appear in the search results on the Store, so use the link above to get it.

Update: Microsoft has removed the Chrome app installer from the Store citing violation of the app store guidelines. While they openly invite Google to build a browser app compliant with their policies, it is just not possible technically without crippling Chrome's core functionality or design. Microsoft is essentially not playing fair here and giving Edge an unfair advantage since it is their Store.