Language packs are bundled with Windows 10 build 10049 and that is why it takes longer to install. They are distributed only via Windows Update, so users who installed Windows 10 build 10049 using the custom built ISO image were not affected. By mistake, some users' PCs have received many language packs during the upgrade from build 10041 to build 10049. To check if you are affected by this issue, and free up to 2.5 GB on your system disk drive, do the following:

If your lpksetup window looks like what is shown in the picture below, it means that you are not affected by this issue. 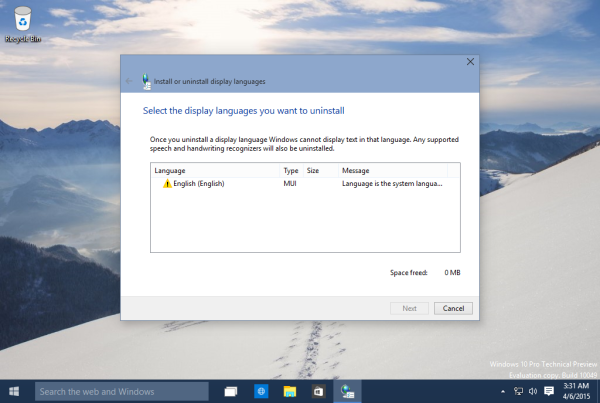