Mozilla releases Firefox 91, a new version of the popular browser. It is a major release, which will also serve as base for the ESR branch. The new version is notable for a new print option that adds the simplified page output, a new behavior for downloads, and HTTPS-First mode for private windows.

Let's review the changes in detail. 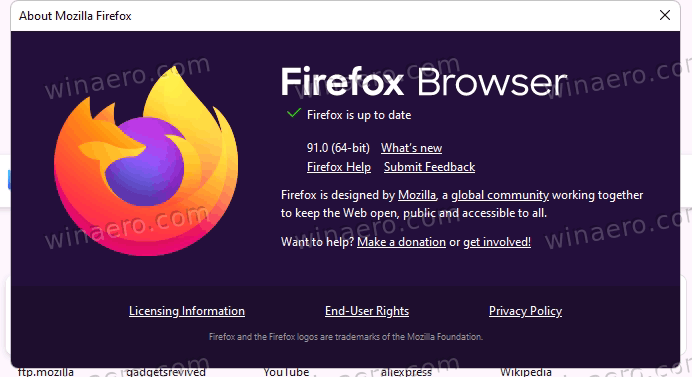 First introduced in Firefox 81, the feature is again available in Firefox 91. It uses Reader view for pre-processing the page you want to print. The output gets a clean look on paper, without extra controls, ads, and other typical web clutter. 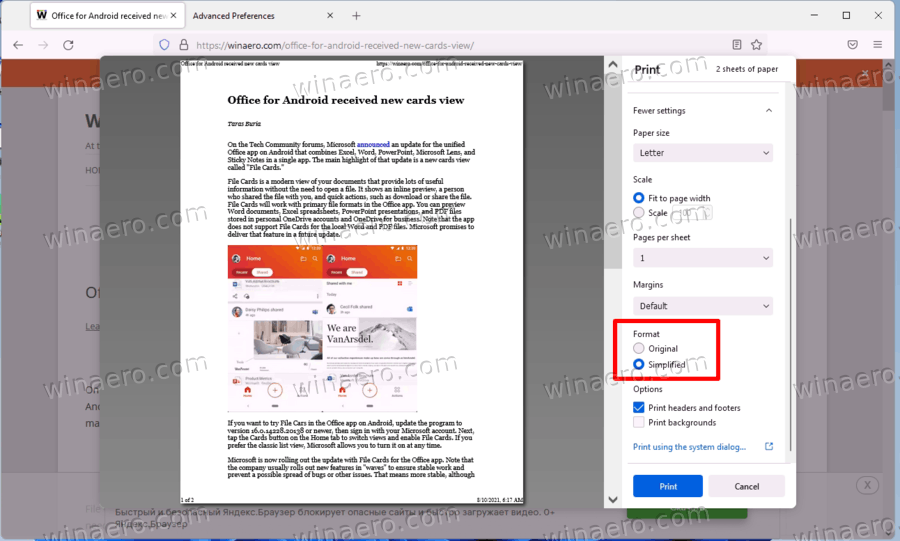 Recent Firefox versions use HTTPS-only mode which is activated by default. With Firefox 91, the browser will try to establish new connections using HTTPS when in private browsing mode. If that fails, it will roll back to plain HTTP.

Another improvement for Private mode is the ability to use the "switch to tab" feature when searching from the address bar.

Firefox 91 will be able to utilize Microsoft's credentials when the user is singed in with a work and school account on Windows.

There is also a new WindowsSSO policy for that.

The browser has changed the way it handles downloads. It will save the files you have chosen to open in the user's Downloads folder. In previous Firefox versions, these files are downloaded to a temporary folder and deleted after the browsing session is closed.

You can download Firefox 91 from its official web site.

1 thought on “Firefox 91 released, will be an ESR release”