As you may already know from previous articles, Windows 10 supports changing the display language using language packs. If you are working in a localized user account in Windows 10 which is your native language, you might want to find out what the default system language of the operating system is. There are several methods to find this information.

You can find information about the default system language using one of the methods described below.

To find the default system language in Windows 10, do the following.

To see what the default system language in Windows 10 is, open an elevated command prompt and type or copy-paste the following command:

In the output, you'll find the default system language and all installed languages. 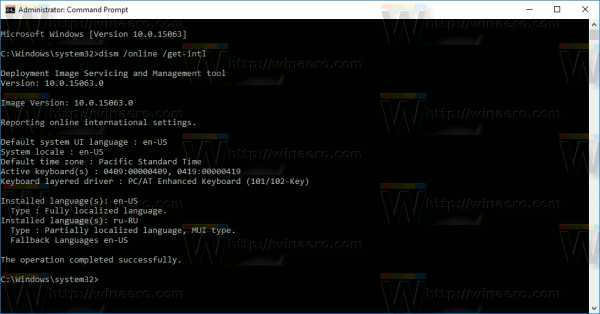 Open a new PowerShell instance and type or copy-paste the following command:

In the output, see the columns "Name" and "DisplayName".

The same information can be found in the Registry. Here is how it can be done.