Microsoft Edge Chromium has a hidden built-in game called Surf, where you can kill some time when the Internet is down. The company announced the game alongside the new logo for Edge back in early 2020. Now, on the eve of the 2021 holiday season, developers introduced a reskinned version of Edge Surf. Users can now swap a surfing board for a set of skis and hit the slopes in an attempt to set the highest score.

Similar to the original version of Edge Surf, Edge "Skis" offers a set of various characters. On the slopes, pick boosters and hearts, avoid other players and obstacles, and watch out for the yeti coming at you out of nowhere. 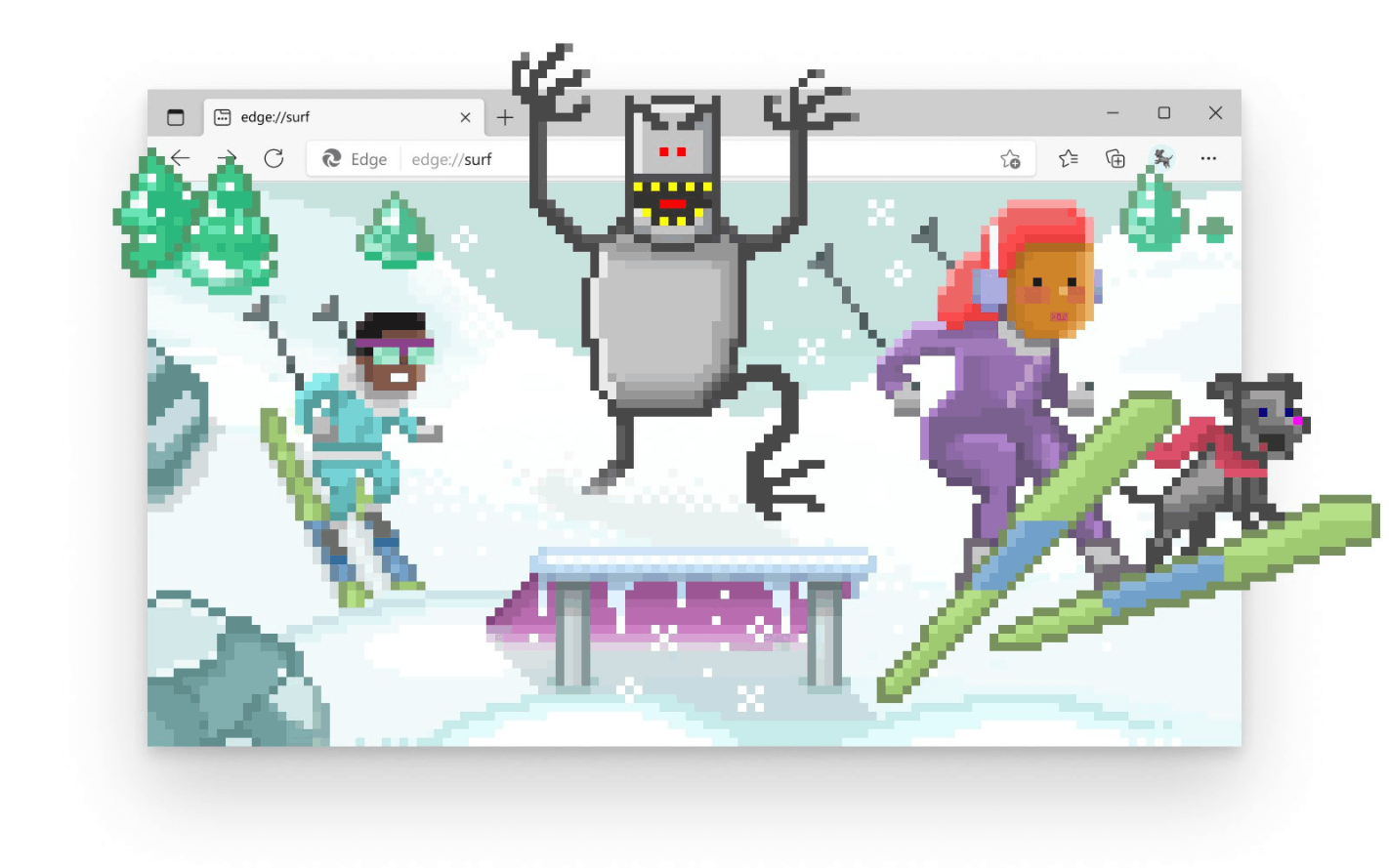 Ski-themed Edge Surf is available for a limited time only in Edge 96. Microsoft will later switch to the original game, although the company does not say when exactly.

You can access Edge Surf on desktop versions of the Microsoft Edge browser, plus on Android. One of the recent updates introduced the game for Android users, although it currently lacks the new winter theme as the browser is yet to receive the update to version 96. Unfortunately, Edge on iOS does not offer the Edge Surf game at all.

In case you missed it, Microsoft released Edge 96 last week. The latest version of the browser features an improved password manager, a new Efficiency Mode to save the battery life on your tablet or laptop, a price tracker for online shopping, Math Solver, improvements for Progressive Web Apps, and other enhancements.

Besides, Microsoft Edge now comes with Super-Duper Secure Mode to improve your safety. You can read more about all the changes in Edge 96 in our dedicated article.