There is no secret that no browser can currently dethrone Google Chrome from its dominant position. Google’s browser holds an immense 65% of the market with no signs of going down. Although the first place is unreachable at this point, other browsers are actively fighting for the second spot. And it appears that Microsoft is winning.

According to StatCounter, in January 2022, Microsoft Edge almost took over Apple’s Safari. Worldwide, the browser from Microsoft now holds 9.54% (+0.3 points), securing third place. Safari is still in second place with 9.84%, and Mozilla Firefox has 9.18%, which gives it the fourth spot. Opera is fifth, and the good old Internet Explorer is still kicking with 1.06%. 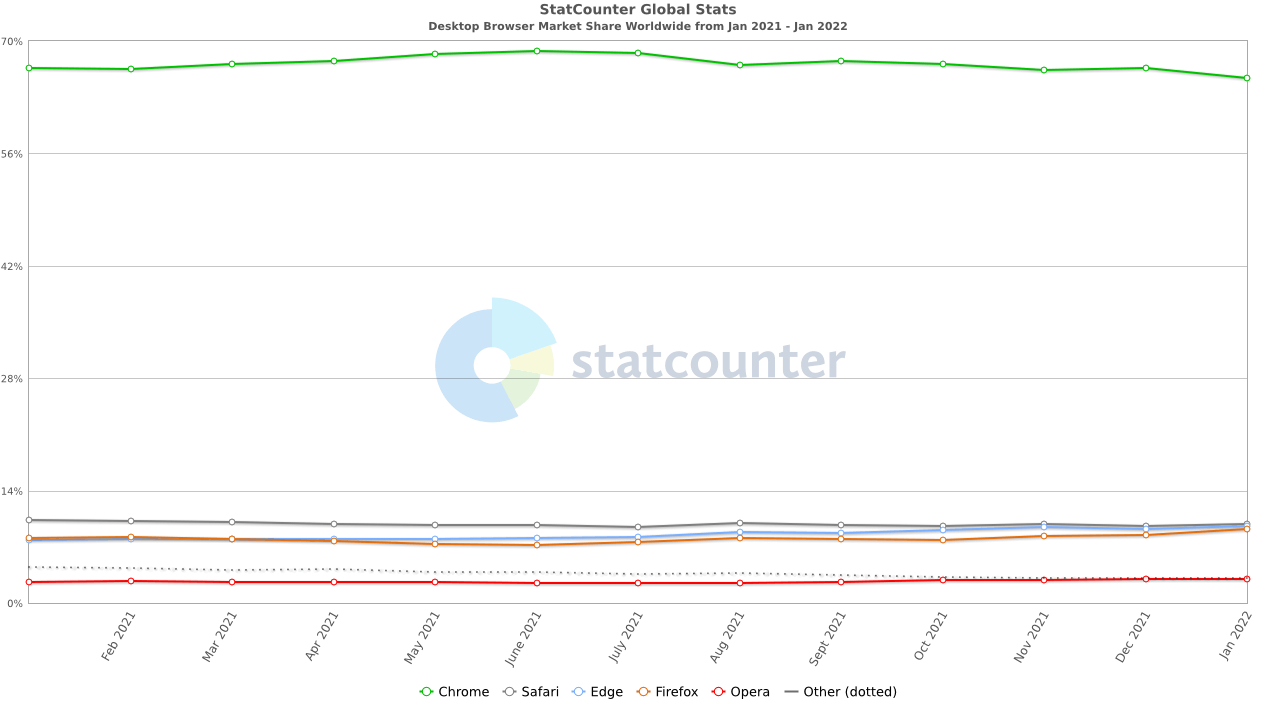 It appears that Chromium will continue crushing the browser market, leaving little space for alternatives from Mozilla and Apple. Safari is slowly losing its users, and Firefox suffers from the same situation as users jump ship to Chromium-based browsers with better compatibility. That was one of the main reasons why Microsoft decided to abandon Edge Legacy and its proprietary EdgeHTML rendering engine.

Apart from having a mainstream rendering engine in its browser, Microsoft “helps” Edge maintain its growth with all sorts of practices, including user-hostile. Users often complain about Windows imposing Microsoft Edge and changing default settings without asking first.

It is important to note that the data above covers desktop browsers. On the mobile side, Edge is nowhere near Safari. Apple’s browser has an impressive 26.71% share, losing only to Chrome with 62.06%. Although Microsoft Edge has more than 20 million downloads on mobile platforms (Android and iOS combined), its market share cannot get anywhere near Google Chrome and Safari.

You can find the latest data from StatCounter on the official website. Keep in mind that similar reports cannot gather data with 100% accuracy, so there is always a margin of error.