In Windows 10, when you hover over a taskbar button of a running app or group of apps, a thumbnail preview appears on the screen. For a single window it shows a single thumbnail, and for multiple windows it shows a number of thumbnail previews in a row. When you hover over a preview thumbnail, it dims other open windows and shows a preview of its app. If you want, you can disable this feature.

When you hover over a preview thumbnail, it dims other open windows and shows a preview of its app. See the following screenshot: 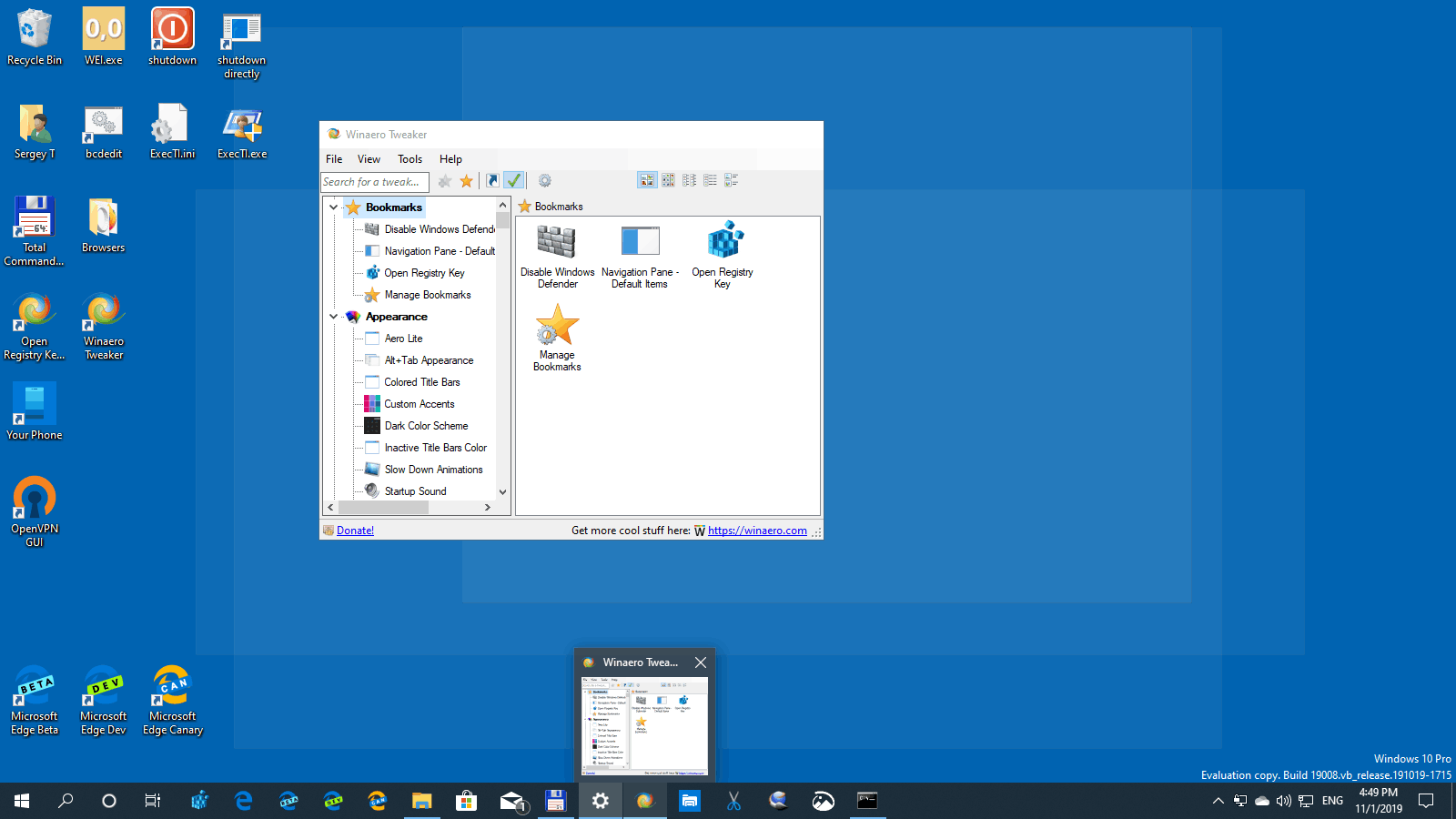 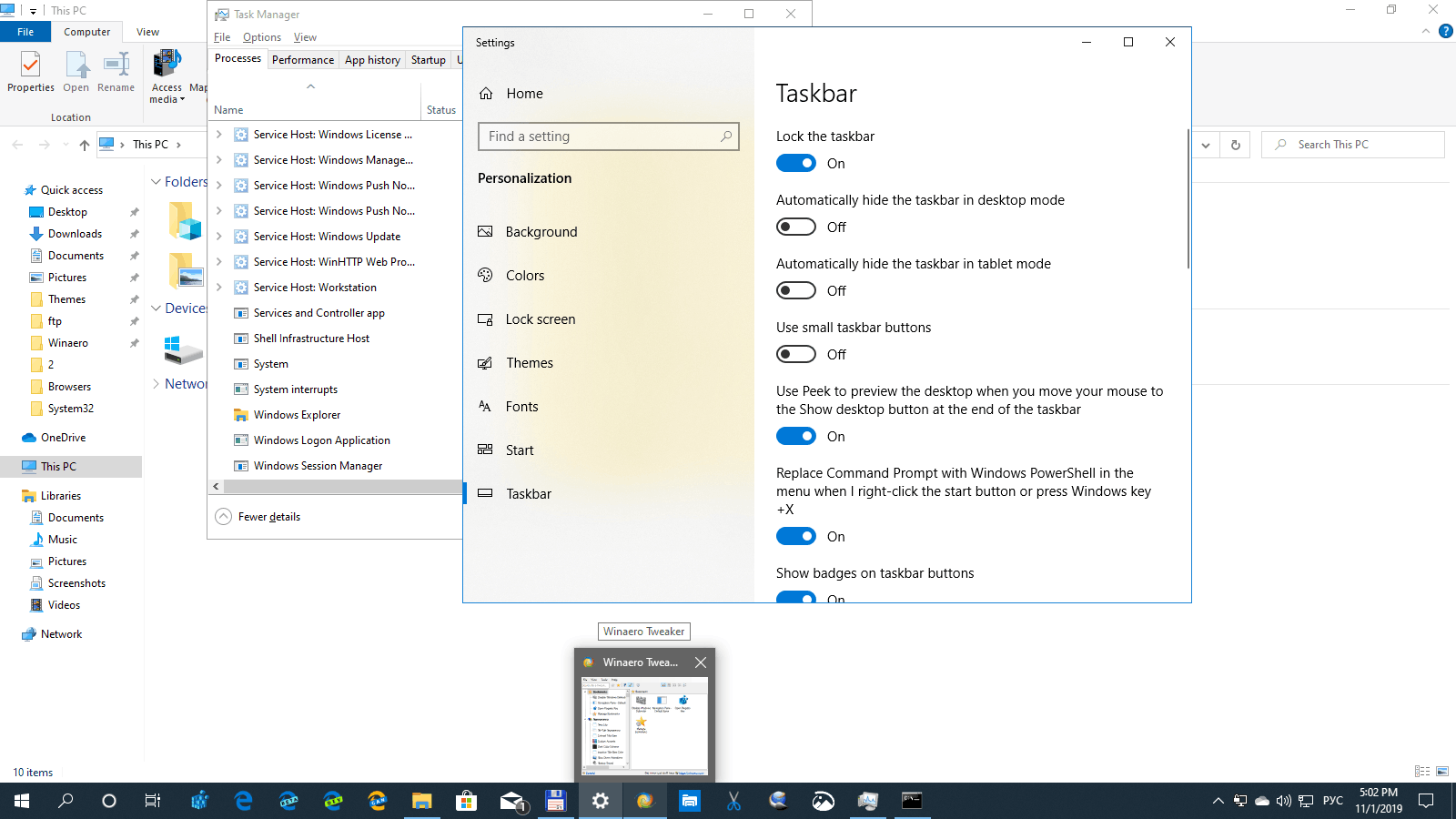 To Disable Desktop Previews for Taskbar Live Thumbnails in Windows 10,

You are done!
To undo the feature, you need to remove the DisablePreviewWindow value from the registry, or set it to 0 (zero). Don't forget to sign out or restart Explorer after that.

Also, you can have taskbar preview thumbnails completely disabled in Windows 10, along with the right corner desktop preview feature (Aero Peek).

Instead, you can change Taskbar Thumbnail Threshold to show a window list, and change the taskbar preview thumbnail size.