Cortana is a digital assistant bundled with Windows 10. You can control it using voice commands or type into its search box to find various information from the web or automate certain tasks on your computer. If you do not plan to use Cortana, then you can be surprised that the option to disable Cortana has disappeared in Windows 10 Anniversary Update version 1607.

In Windows 10 Anniversary Update RTM, Microsoft has removed the option to disable Cortana. In the previous release of Windows 10, which is known as 'version 1511' or 'Threshold 2', the user could click the gear icon in Cortana and quickly disable it: 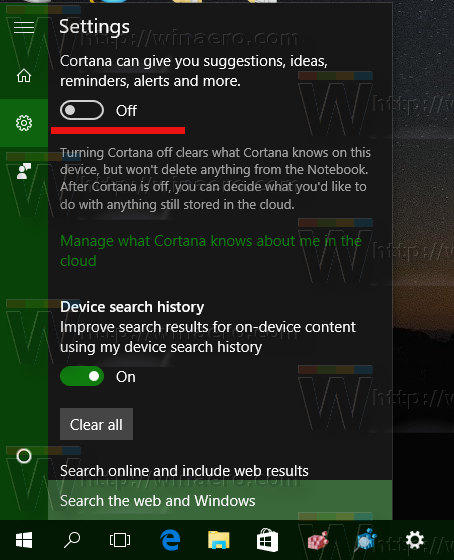 In its place are other options. It can't be disabled from the Settings app either: 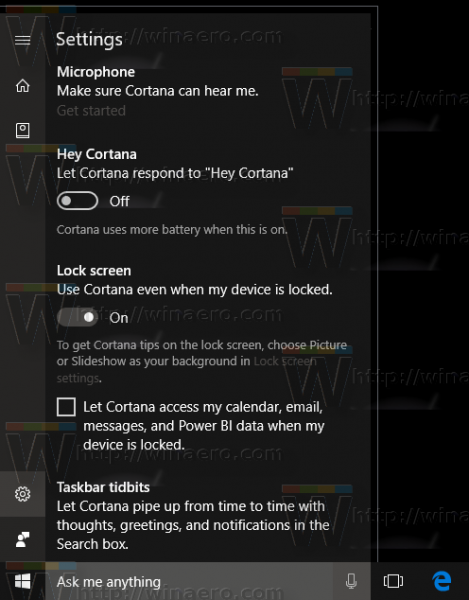 There is still a way to disable Cortana with a Registry tweak.

Do it as follows:

Now, restart Windows 10 and you are done.

Also, you can use Winaero Tweaker to disable Cortana: 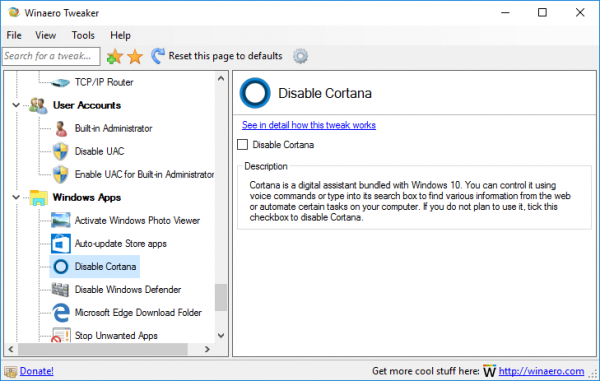