With the recent release of Cortana for Android 2.0, Microsoft has introduced a big redesign for its assistant on Google's mobile OS. It's now following some of the Material Design guidelines and looks more 'flat' while still offering the same rich set of features to users. And now there's a hint on what to expect from future updates in the app itself: if you tap the Cortana logo, there's a new screen which says clearly — "Coming soon: Personalize your Cortana". 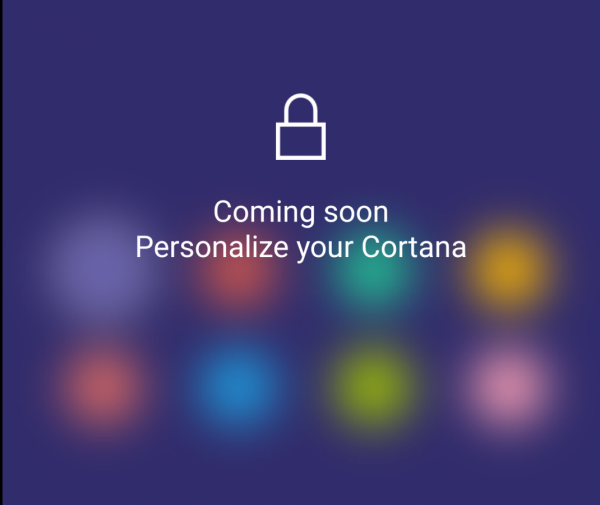 The image behind the blur seems to be showing that users will be able to select custom color schemes for the user interface, not just use it with current purple accents. There's also a chance that both light and dark themes will be available to choose from, like in the current versions for Windows 10.

It's not clear if all these new UI and customization features will make their way into the Windows 10 version of Cortana, but given that Microsoft is now working on the new design guidelines (Project NEON), anything is possible.

It's also worth noting that the redesign was not simply a color swap — Microsoft ditched the hamburger menu in the app completely and also introduced some new navigation schemes making the UI easier to understand.

Cortana for Android is still available to download from the Google Play store only in the US and UK regions; if you want to try the latest version, head right to its page.