A new version of Cortana for Android is out. The app version 2.9.10 comes with new features and improvements. Here are the changes. 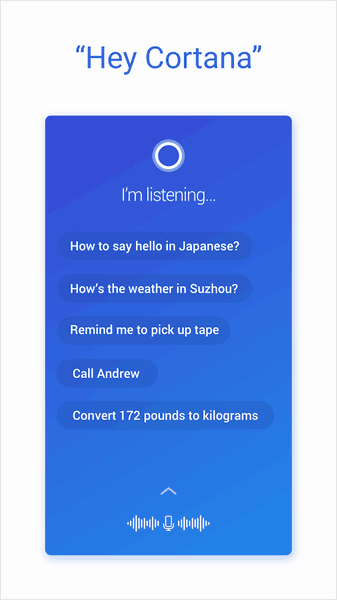 The official change log for Cortana for Android comes with the following highlights.

Cortana is a digital assistant app. It supports reminders, notes and lists, can track your tasks and calendar. It was initially created for Windows 10. Later, it became available on Android and iOS.

If you use Office 365 or Outlook.com, Cortana can automatically suggest reminders for the commitments you’ve made in email. So when you promise to do something by the end of the day, Cortana helps you make sure to complete your task.

Cortana for Android continues to gain more features with every update and is now almost on-par with its Windows version, while the iOS variant is sometimes left behind, but eventually might get the missing functionality in the near future.

If you disabled auto-updating of apps on your device or if you want to try Cortana for Android for the first time, then install it from the Google Play store: