Microsoft has just released a preview build of Windows 11, and the most notable change is that Control Panel now redirects to Windows Settings when a user attempts to open the “Programs and Features” section. That also applies to the appwiz.cpl command. 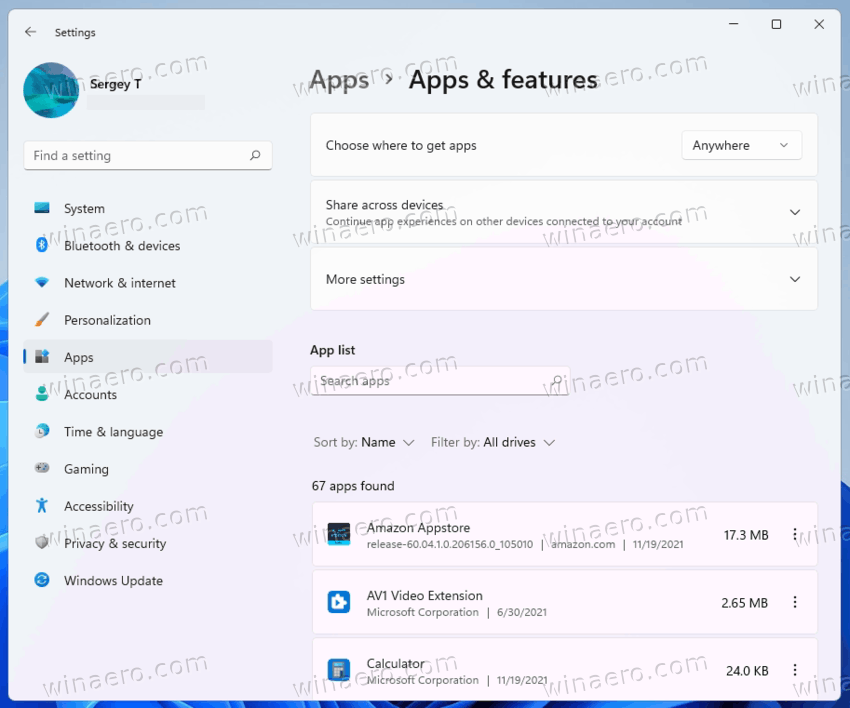 The change is a part of Microsoft’s ever-going efforts to ditch the legacy Control Panel in favor of a more modern Windows Settings app. Microsoft introduced the latter almost ten years ago in Windows 8, and still has not finished the feature migration. Many different features (mostly more advanced) still require users to dive deep into Control Panel, which is not that easy to find on the latest versions of Windows.

Tip: Learn how to open Control Panel in Windows 11 here.

In addition to removing the ability to uninstall apps from Control Panel, Microsoft has changed how users delete updates. Windows Update settings now have a dedicated “Uninstall updates” section. The stable version of Windows 11 has the same button, but it opens Control Panel instead.

Windows 11 build 22523 has a few more minor changes. Snap Groups are now available for all insiders in the Alt + Tab menu, and File Explorer now displays media server options in the menu on the toolbar. You can learn about other changes and bug fixes in our dedicated post.

It is also worth mentioning that builds 22523 is the last update in the Windows Insider program in 2021. Microsoft will resume insider updates in 2022. Also, build 22523 is available as ISO on the official website, which means you can clean-install the latest Windows 11 preview without updating from older builds or the stable version.