Microsoft's Bing Maps is certainly not the most popular maps service worldwide, but for Universal Windows Platform developers, it's a good mapping solution to use in their apps. Microsoft continues to improve it on both fronts — for regular users and developers at the same time. The latest update to the service, named Bing Maps V8 Summer Update, bring some features that were long requested by both kinds of users. 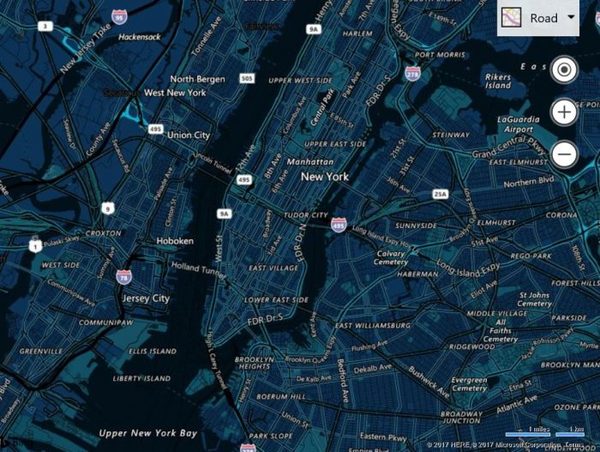 With this update, Bing Maps now supports GeoXml module, which allows importing and exporting objects and data in popular formats, including KML, KMZ, GeoRSS, GML (via GeoRSS) and GPX. This also allows developers to add overlays with your data on the map. They will properly scale and move with the map itself.

The second new feature of this release is support for custom map styles. As you may expect, you can customize the look of the roads, land and add or hide some other elements to the map. All of these improvements are also available in the Bing Maps control for UWP apps. Additionally, custom map styles can be applied to Bing Maps REST Services.

More details about this update are available in the MSDN article.