File Explorer, formerly known as Windows Explorer in earlier Windows versions, is the default file management application in Windows for a long time. It has evolved a lot over time to acquire many different features for file management. Windows 10 ships with mostly the same version of Explorer as Windows 8 except for a few changes like Quick Access replacing Favorites. It looks like Microsoft is making a new "File Explorer" app, which will be a universal app like Photos, Cortana or Groove.

The application can inherit existing functionality of the Xbox app which looks as follows: 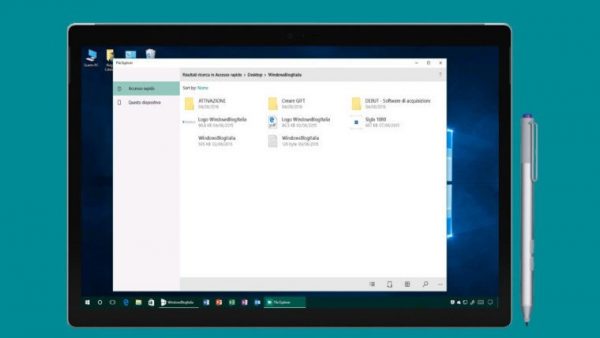 Using this app, the user will be able to perform all the basic file tasks which are currently available in File Explorer. Operations like move, delete, share, select and copy items, set their properties will be supported by the upcoming app. It also includes the ability to switch to various views for files and folders the way the classic File Explorer app allows in Windows 10.

The application will respect the white or dark theme option depending on your system preferences.

The app is not publicly available for download. It also wasn't officially announced. However in the near past, Peter Skillman, GM of Core UX for Windows Desktop revealed that they were working on a major update to File Explorer that can be used on touch devices. Unfortunately, he has not shared exact dates when we will see these changes in Insider builds or in the stable branch. (via Neowin).